Al Batt: Changes in the seasons are bringing changes to the world of nature 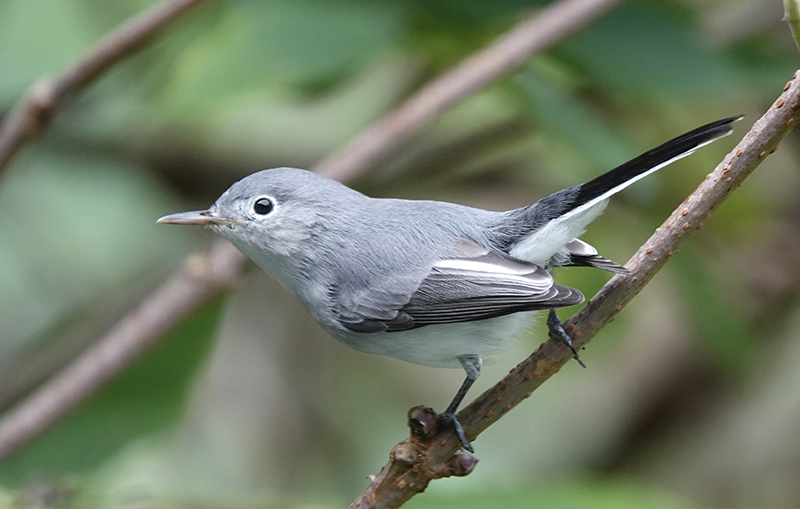 The blue-gray gnatcatcher is nicknamed the “little mockingbird” due to its appearance and its ability to mimic other birds. - Al Batt/Albert Lea Tribune

“Everything is nearly copacetic. I’ve reached the age where I can lose everything except a few pounds. I remember taking a bucket of coins to the bank when I was a boy. The teller wasn’t happy to see me or the coins. She was a ticking dime bomb. She became angry when I used the word “frass” and she knew it meant insect poop. Who would have guessed that? I had to give her a tomato or she wouldn’t count my coins. This is the last year that I am naming my tomatoes. That makes it too painful to eat them.”

Weather was coming in. It’s always coming in, but the fall day was so lovely I wanted to duct tape it in place so that it couldn’t wiggle away.

I have it on good authority that most hummingbirds have left. That authority is the hummingbirds themselves. I’ve had no flocks of robins visiting the yard yet.

Dragonflies are incredible flying machines that catch insect prey by grabbing it with their feet. Large dragonflies (3 inches long) called green darners cruised about my yard. Some green darners migrate on 2-inch wings. They are one of our most abundant dragonflies. Research published in Biology Letters found that in early spring, the first generations exit the shelter of their southern ponds and fly north an average of 400 miles. They lay eggs and die. The second generation hatches in the north and, by the end of September, has flown south, where they lay eggs and die. The next generation winters in southern U.S., Mexico or the Caribbean. At least three generations make up the annual migration.

The crows were particularly chatty, doing a color commentary on the yard. They called “hawk” and they were correct. When it comes to knowing things a crow should know, they are knowledgeable. 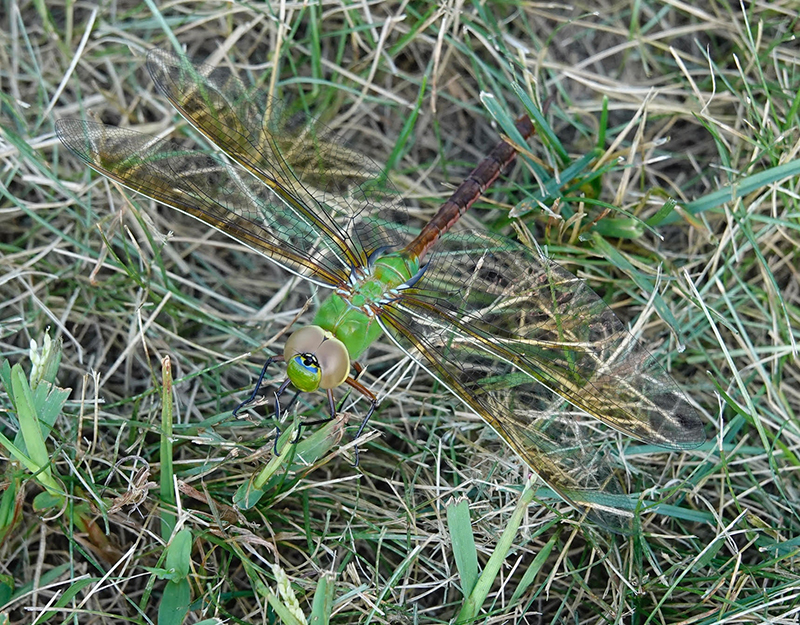 Tom Boevers of Faribault and Dan Ruble of Albert Lea reported large numbers of broad-winged hawks heading south to their wintering grounds in southern Central and northern South America. Broad-winged hawks form kettles (they circle on warm air thermals and resemble steam spiraling up from a kettle) of hundreds to thousands of birds.

Most raptors are reluctant to cross large bodies of water. When they migrate south and encounter Lake Superior, the birds veer southwest along the lakeshore. They concentrate in impressive numbers on the bluffs overlooking Duluth and can be seen from the overlook at Hawk Ridge. On days with northwest winds, impressive numbers of birds can be seen migrating past the Ridge. Westerly winds produce large numbers of migrating hawks. Southerly or easterly breezes don’t generally produce large flights of raptors, but the birds are often lower and easier to see. The record number of broad-winged hawks seen there was 101,698 on Sept. 15, 2003.

“How long does a chipmunk live?” Most eastern chipmunks don’t survive two years. Some could live eight. They have plenty of predators.

Look for these natural occurrences

2. Muskrats build dome-shaped houses from vegetation in marshes and ponds. Woodchucks carry dried leaves into their underground dens in preparation for hibernation. Beavers cut down trees for winter food.

5. Chimney swifts migrate through. The “flying cigars” are headed to South America.

6. A northern cardinal has brown feathers and a dark beak when it leaves the nest. A prebasic molt (by which birds replace all feathers, usually occurring annually after the breeding season) produces an adult plumage. A young cardinal might have blotchy coloration.

“Don’t you imagine the leaves dream now how comfortable it will be to touch the earth instead of the nothingness of the air and the endless freshets of wind? And don’t you think the trees, especially those with mossy hollows, are beginning to look for the birds that will come — six, a dozen — to sleep inside their bodies? And don’t you hear the goldenrod whispering goodbye, the everlasting being crowned with the first tuffets of snow? The pond stiffens and the white field over which the fox runs so quickly brings out its long blue shadows. The wind wags its many tails. And in the evening the piled firewood shifts a little longing to be on its way.” — Mary Oliver

“Never compare your insides to everyone else’s outsides.” — Anne Lamott