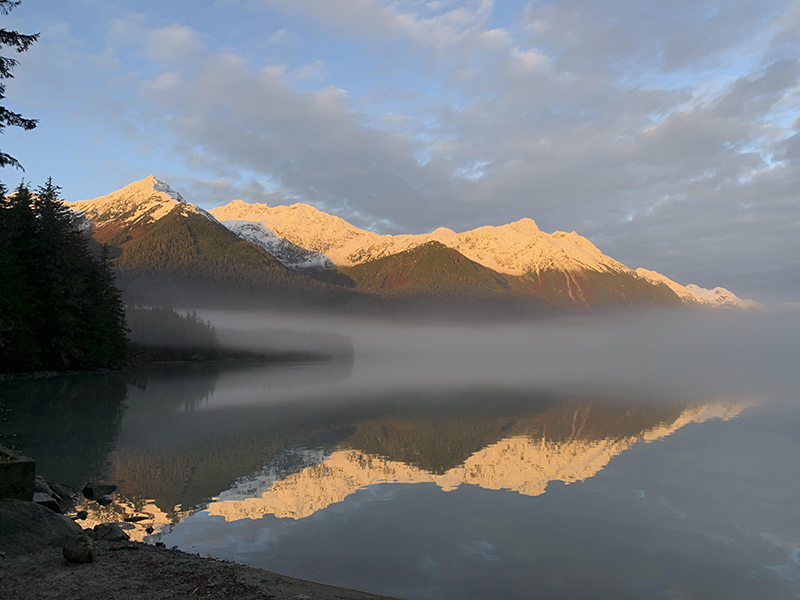 This photo was taken at Chilkoot Lake in Alaska. Al Batt/Albert Lea Tribune

“Everything is nearly copacetic. I’m going to be a little late for the meeting tomorrow.””How late?” I say.

Despite Emily Dickinson calling November the Norway of the year, I walked deep into the never-went. I didn’t want to miss anything. I looked at nature and made discoveries. I marveled at the beauty of a crow. There is no bad looking bird. Another beauty, a rock pigeon descended upon the driveway. The pigeon is one of the few birds — including other dove species, flamingos and male emperor penguins — capable of producing a milk-like substance to feed their young. Both female and male pigeons produce a nutrient rich substance in their crop to feed their young, or squabs. The Migratory Bird Treaty Act was signed by the United States and Canada in 1918 for the purpose of ending the commercial trade in feathers. It provides that it’s unlawful to pursue, hunt, take, capture, kill, possess, sell, purchase, barter, import, export, or transport any migratory bird, or any part, nest, or egg or any such bird, unless authorized under a permit issued by the Secretary of the Interior. Some regulatory exceptions apply. Take is defined in regulations as: pursue, hunt, shoot, wound, kill, trap, capture, or collect, or attempt to pursue, hunt, shoot, wound, kill, trap, capture, or collect. Not all North American bird species are protected under this act. Birds considered non-native species such as rock pigeons, European starlings, house sparrows, and mute swans aren’t protected, although local laws might afford protection to the swans. Many game birds are subject to limited protection and can be hunted in season.

I watched a swarm of gulls feeding on the water in a harbor in Sitka, Alaska. A bald eagle flew in and expertly snatched a fish. It must have been the one that a young gull had its eye on because it chased the eagle until the national bird had cleared the water. The eagle, not being catch-and-release, kept the fish. 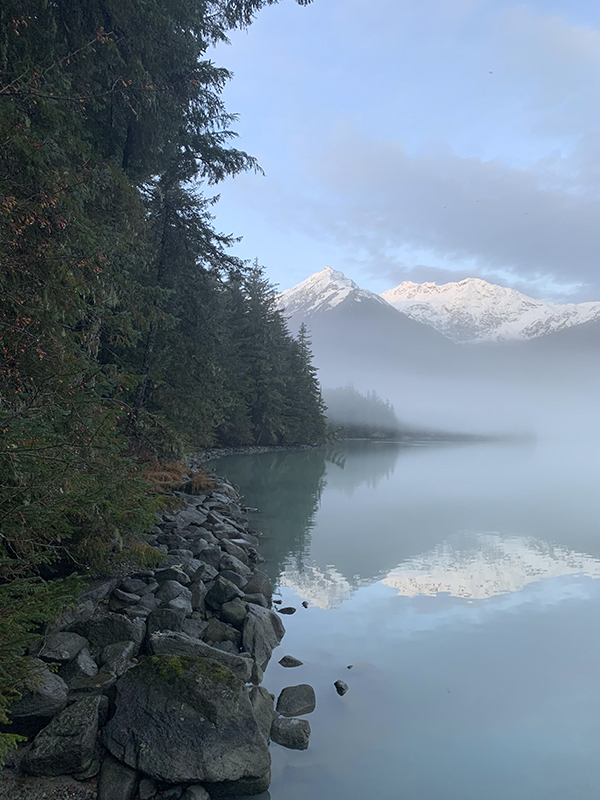 A Batt and a bat

I spoke at a Chautauqua in Lakeside, Ohio, on the shores of Lake Erie. I talked in a giant auditorium as a jumbotron behind me flashed my huge image to those seated far in the back. These gigantic-screen TVs were designed to accommodate a large venue. A bat entered the building and flew around me. It seemed appropriate.

The wheels on the bus went bump, bump, bump. Life has its rough roads and a good bus driver doesn’t miss a pothole. The bus wasn’t taking me to school. It was taking me to a lek, a singles club for birds. It was April and I was a speaker at the Nebraska Prairie-Chicken Festival. I was at lek superior watching male greater prairie-chickens dance as the females checked them out. The males performed elaborate courtship displays that included everything, but wearing bell-bottom pants. It was like a junior high school dance. One male danced by himself, working on his smooth moves. He made booming sounds in the hopes of attracting attention. He was chased away by the other males above him in the pecking order, which meant he was chased by all the other males. He moved far from the center of the lek. It was if he were dancing in his own gymnasium. He danced as if there were hens near him. There weren’t. He danced as if hens could see him. None of them were looking. He danced as if no one was watching. He’d played the game of love and lost. I hoped he’d have better days and would be allowed in the game.

“How strong is a spider web?” Relative to weight, the strength of a spider web rivals steel and Kevlar, the material used to make bullet-proof vests.

“Will barn swallows reuse their nests?” They will recycle their nests by cleaning them and adding new mud. Their mud nests are resilient structures and examples of amazing architecture. Barn swallows often have two broods and the parents are sometimes helped by others in feeding the nestlings. The helpers are usually older siblings from previous clutches, but could be unrelated juveniles.

“Why do owls need to turn their heads all the way around?” They can rotate their heads 270 degrees because their eyes are fixed in the sockets.

“How many different types of raptors are there?’ Six. Eagles, owls, hawks, falcons, osprey and kites.

“And a step backward, after making a wrong turn, is a step in the right direction.” — Kurt Vonnegut

“It’s best to give while your hand is still warm.” — Philip Roth