Al Batt: Do we really swallow eight spiders a year when we are asleep? 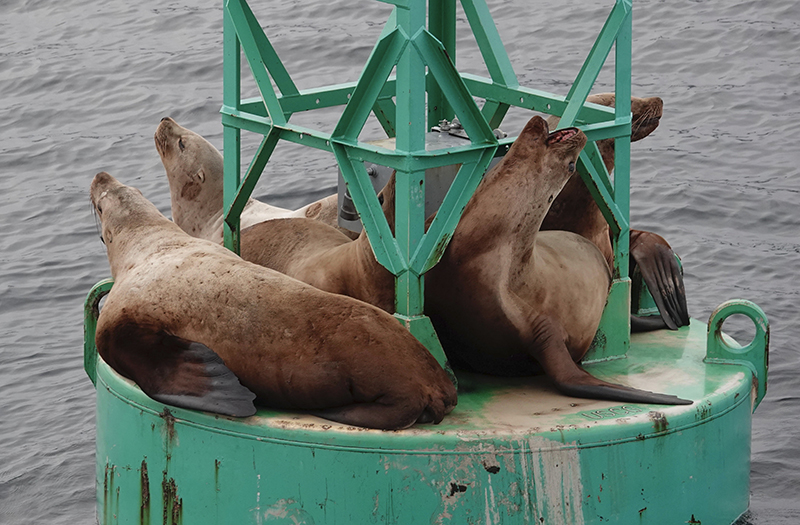 “Everything is nearly copacetic. I got my old truck fixed.”

“It needed a longer dipstick. The old one couldn’t reach the oil.”

Established in 1974, The Raptor Center at the University of Minnesota treats around 1,000 sick or injured raptors each year in its clinic and trains veterinary students and veterinarians from all over the world. On October 18, for the first time in The Raptor Center’s 45 years, a nestling barn owl was admitted to the clinic. There are few reported barn owl nests in Minnesota. This nest was found in a barn in Douglas County, making it the northernmost barn owl nest reported in Minnesota in the last 50 years according to the DNR. The Center specializes in the medical care, rehabilitation, and conservation of eagles, hawks, owls, and falcons. Contact information: 612-624-4745 or raptor@umn.edu 1920 Fitch Avenue, St. Paul.

Narwhals are related to bottlenose dolphins, belugas, harbor porpoises, and orcas. Narwhals have two teeth. In males, the more prominent tooth grows into a swordlike, spiral tusk up to 9 feet long. Scientists are unsure of the tusk’s purpose — mating rituals, impress females, battle rivals or as a sensory organ. Before the Age of Enlightenment, nervous royals paid enormous sums for magical things they believed would neutralize, expose or repel poison. The most coveted was the unicorn horn. Vikings traded narwhal tusks to European traders who took them to be unicorn horns. In Medieval times, people believed unicorn horns had magical powers. A cup carved from a unicorn horn protected the person drinking from it, who was one who could never be poisoned. Herman Melville wrote that a narwhal tusk hung in Windsor Castle after being gifted to Queen Elizabeth. Narwhals spend their lives in the Arctic waters of Canada, Greenland, Norway, and Russia.

I watched humpback whales in Sitka, Alaska, in November. Humpbacks travel nearly nonstop for 6-8 weeks to breeding grounds, with some covering nearly 3,000 miles. About 94% go to Hawaii, the rest to Mexico. While in warmer waters, humpbacks mate and give birth. The females are at least 8 years old before becoming mothers — they live 40 to 50 years — have an 11.5-month gestation period, and give birth to a single calf — 10 to 15 feet long at birth — every 1 to 3 years. By May the whales are back in Southeast Alaska. 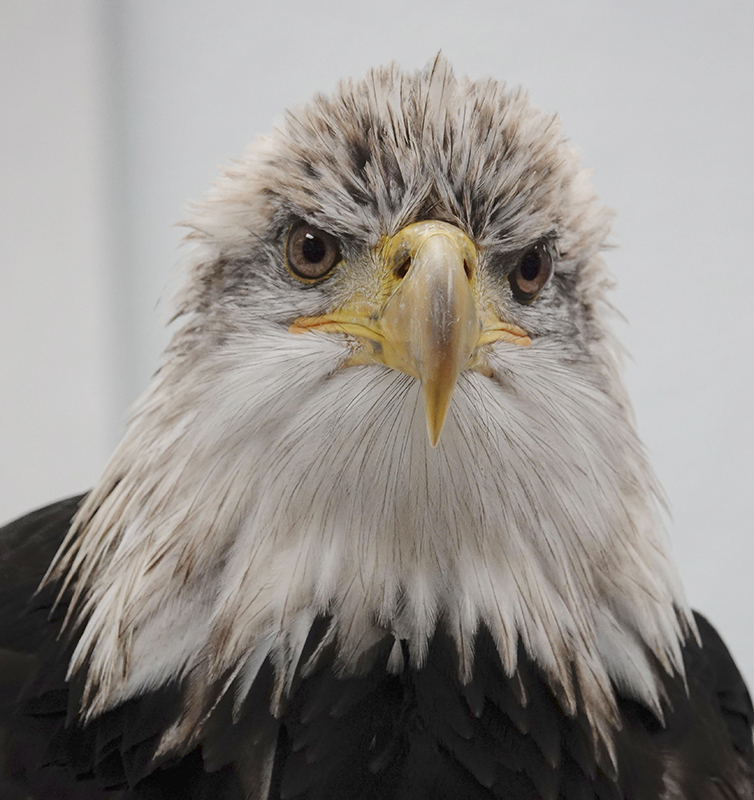 Apparently, this bald eagle had never seen anything like me before. Al Batt/Albert Lea Tribune

“I saw a flock of bald eagles circling over my farm. Is that common?” It was likely another big bird doing the circling — the turkey vulture. Bald eagles tend to migrate and soar alone, but may follow others to feeding grounds or roosts.

“Do we really swallow eight spiders a year in our sleep?” I don’t know what you’ve been up to, but I haven’t been spending time eating spiders. Unless you order spiders on your pizza or are a professional spider-swallower, you haven’t been swallowing spiders. An open mouth brings snoring that sounds like a souped-up Hoover vacuum cleaner and frightens spiders away.

“Do the hedge apples sold in supermarkets repel spiders?” Not unless you throw them at the spiders. A hedge apple, the fruit of the Osage orange tree, wards off no spiders. Spiders live on the trees and build webs on the fallen fruit.

The dawn was incredible. I watched in silence. The sun doesn’t rise to hear the rooster crow, but the stars are out all day in the winter plumage of European starlings: glossy, speckled feathers with white tips resembling stars, and black bills.

Short-tailed weasels (ermine) are white except for black tail tips.

Tundra swans congregate on the Mississippi River south of Brownsville in migration from nesting territories in northern Canada to wintering grounds on Chesapeake Bay.

Please join me at the Albert Lea Seed House at 9:30 a.m. Dec. 7 for a free visit about birds and nature. Bring your stories.

I will miss Don Chryst of Albert Lea, a wonderful Audubon member who built countless birdhouses.

“The time will soon be here when my grandchild will long for the cry of a loon, the flash of a salmon, the whisper of spruce needles, or the screech of an eagle. But he will not make friends with any of these creatures and when his heart aches with longing, he will curse me. Have I done all to keep the air fresh? Have I cared enough about the water? Have I left the eagle to soar in freedom? Have I done everything I could to earn my grandchild’s fondness?” — Chief Dan George

“How simple life becomes when things like mirrors are forgotten.” — Daphne du Maurier