Al Batt: How long does it take monarch butterflies to travel to Mexico? 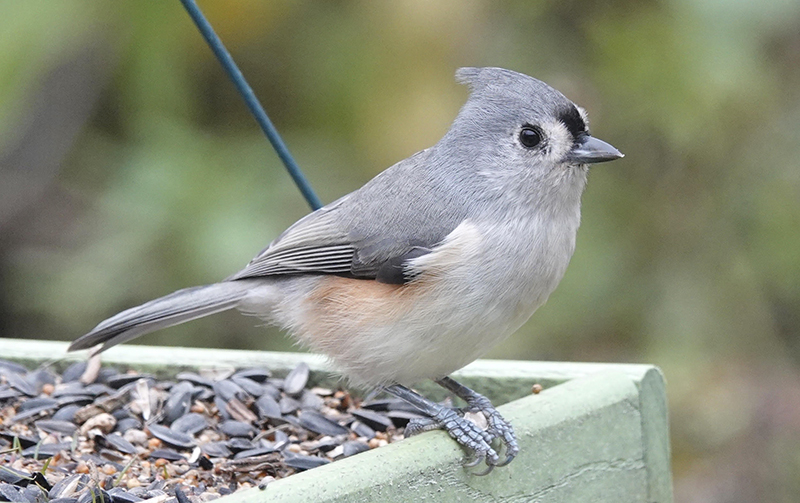 “Everything is nearly copacetic. I’ve taken up meditation. I figure it’s better than sitting around doing nothing.”

I walked land miles in new hiking boots because I was unable to find a short pier on which to take a long walk as had been suggested. My old shoes had become more duct tape than footwear. My feet are substantial, size 14, and the store had measured my dogs. I believe you get what you measure, but the boots weren’t up to the task. They were improper infrastructure. I didn’t notice the problem right away, because I’m a male demonstrating a shortage in the sensitivity department. By the time I recognized the complication, my tootsies were tender.

I sat in my office, considering my tortured trotters. I wasn’t licking my wounds because they were on my big toes and my second-in-command toes. I looked out the window to see a tufted titmouse. It was the second I’d ever seen in my yard. The icing on that birding cake was a golden-crowned kinglet. That’s a regular bird of passage in my yard, but I could never see too many. It turned into a good day, but I still had to return the footwear that I didn’t have for long because they weren’t long enough. I needed to return them before the statute of limitations expires. Comfortable shoes are an important part of birding as they are of life.

“Are any bird species doing well?” Habitat loss is the major factor in avian decline, but according to the Cornell Lab of Ornithology, waterfowl populations have increased by 50% and wild turkeys by 200% over the last 50 years with much credit given to the efforts of hunting groups. Raptors increased by 200% during that period thanks to the banning of DDT and other pesticides. Red-winged blackbird population dropped from 260 million birds to 170 million in 50 years. We’ve lost one in four blue jays and rose-breasted grosbeaks. Baltimore Orioles, dark-eyed juncos and white-throated sparrows have diminished by one in three individuals in that time.

“Am I seeing more Cooper’s hawks than I used to?” According to Project FeederWatch, their numbers quadrupled from 1989 to 2016.

“How long does it take monarch butterflies to get to Mexico?” Monarchs can travel between 25-100 miles a day and take two months to complete their journey. Some travel up to 3000 miles total and one covered 265 miles in one day. The first monarchs arrive at their winter home by the first of November. A flight from Minneapolis–St. Paul International Airport to Mexico City International Airport is 1785 miles. Few monarchs take that flight. They roost in oyamel fir trees in a small area west of Mexico City. There was a monarch in my yard on Oct. 22. I told it to scram.

“Is it OK to feed bread to ducks?” Ducks, geese and swans can digest bread. The Royal Society for the Protection of Birds says feeding small amounts of bread isn’t harmful. There are many Internet things that claim feeding bread leads to angel wing, a deformity of the wings. Oxford University stated there is no evidence of a connection between feeding bread and angel wing. What research has been done on angel wing has shown inappropriate diet, heredity or lack of exercise are possible causes. Internet research did show more than 98 percent of tax cheats are bread eaters.

“Why are vulture flights unstable?” A turkey vulture soars with wings held in a shallow V, wobbling as it searches for thermals or food. This teetering or contorted soaring uses atmospheric updrafts to subsidize flight. Their relatively small heads make them look headless in high flight. 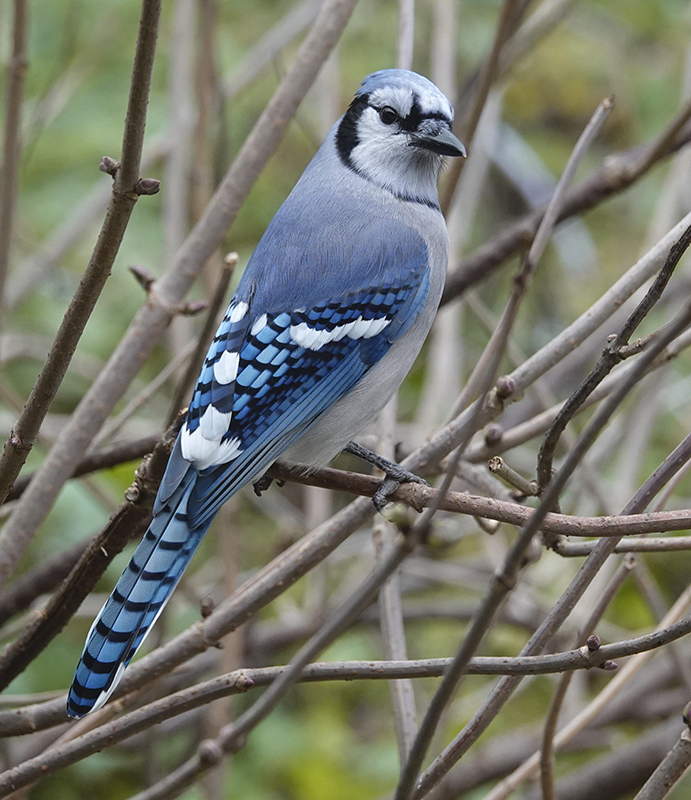 Haughty but dapper, the blue jay is the self-appointed sentry for the yard. Al Batt/Albert Lea Tribune

Audubon Minnesota’s Bird Cities enact bird-friendly solutions that give birds a chance to thrive alongside humans. Migratory birds are a focus because birds don’t recognize governmental boundaries. Healthy habitat in cities provide crucial resources for birds. The award was presented at the Jay C. Hormel Nature Center. With over 500 acres of prairie, forest, and wetland habitat, the Nature Center is a delight. A friend, Dick Smaby, banded a 10-year-old chickadee there. A place good enough for that chickadee is good enough for me.

1. Milkweed seeds fly in the wind on silk.

5. As more spiders are seen in houses, someone will tell a cab driver, “Follow that spider and step on it!”

“If you want a rainbow, you have to deal with the rain.”— Augustus

“What sane person could live in this world and not be crazy?” — Ursula K. Le Guin