Al Batt: Number of fawns a doe has depends on age, nutrition, genetics 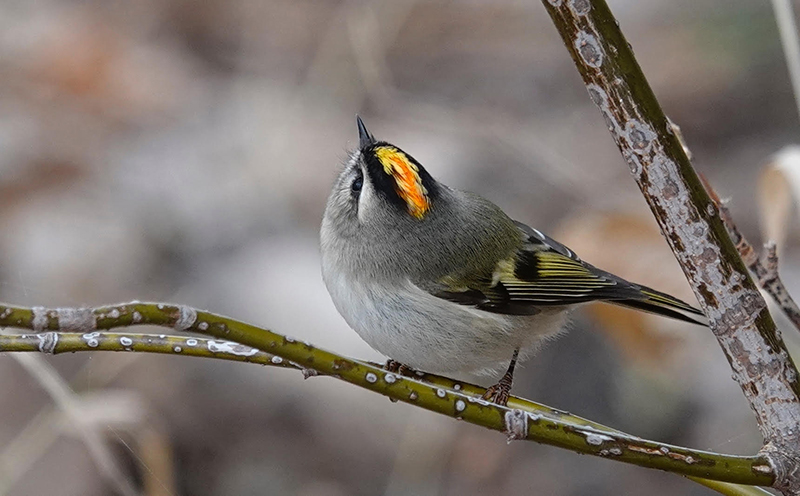 Each of a golden-crowned kinglet’s nostrils is covered by a single feather. Al Batt/Albert Lea Tribune

“Everything is nearly copacetic. Remember when we were just out of high school and we went to work building pole sheds for that slave-driving guy. He bought a new Cadillac and you were drooling all over it. He taught us something that day when he said, ‘If you boys work hard, put in long hours, and do excellent work, one day I’ll be able to buy another new Cadillac.’”

I’m sure there are people able to not worry about things such as whether or not a visiting tufted titmouse has enough peanuts or what the cricket that sings along with the dehumidifier in the basement will do when the dehumidifier is no longer being run, but I’m not one of those people.

Leaves do an ancient autumnal dance with the wind. The yard is a place of extraordinary learning. The ginkgo tree dropped 99% of its leaves all at once. The petioles of ginkgo leaves form a protective layer simultaneously and a hard frost triggers all the leaves to drop at the same time, which results in a lovely shower of leaves.

Autumn meadowhawks, red or yellow dragonflies, were active late as they are usually the last species of dragonfly seen in Minnesota each year. They can often be seen at the end of October or beginning of November. Red admiral butterflies were still flying, too. Each fall they flee south, spending the winter in deep-south states. The migration is one way. They lay eggs, die and the eggs hatch. When spring comes, they new generations begin migrating, repopulating northern states. At least in the southern parts of their range (which extends from Guatemala to Canada), adults and pupae hibernate. How far north they can survive a winter is up for debate. 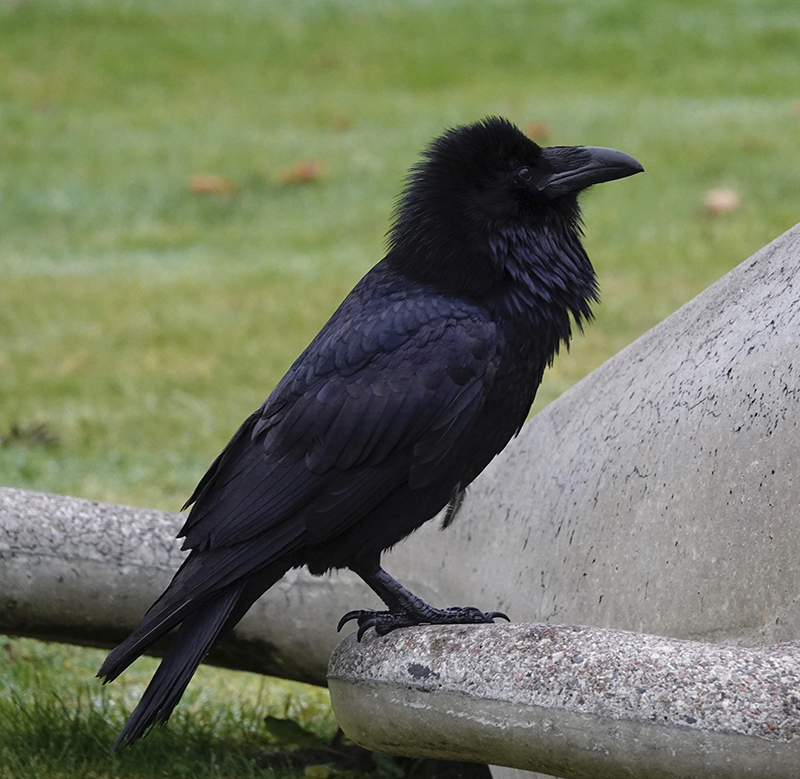 The raven might be the valedictorian of Minnesota’s bird class. Al Batt/Albert Lea Tribune

“How many deer give birth to triplets?” The number of fawns a doe has depends on age, nutrition and genetics. Most does have a single fawn the first time they give birth. Mature does commonly give birth to twins, but under favorable circumstances they could produce triplets. One study indicated that the proportion of triplets in free-range deer could be as high 14% with proper nutrition. Things aren’t always perfect, so actual numbers would be lower and varied.

“Are male and female eagles the same size?” Generally, males weigh approximately 25% less than females from the same area. Bald eagles and golden eagles are about the same size, with variations in individual birds. The weight of a bald eagle is 8 to 14 pounds, with a variation depending on where an eagle is from. Northern eagles tend to be larger than their southern relatives. The weight of a golden eagle is between 6 and 15 pounds, with the male being smaller. This is called sexual dimorphism, a distinct difference in size or appearance between the sexes of an animal. Why are females larger? Maybe it’s to enhance defense of the nest.

George Bird Grinnell served as the naturalist on Lt. Col. George Armstrong Custer’s expedition to the Black Hills in 1874. Grinnell was editor of Forest and Stream — once the leading natural history magazine in North America, the founder of the Audubon Society, started the Boone and Crockett Club, was an advisor to Theodore Roosevelt, and instrumental in the establishment of Glacier National Park. Grinnell Glacier, in that park in Montana, is named for him. The National Audubon Society was founded in 1886 by Grinnell in memory of naturalist and artist John James Audubon.

“Do what you can, with what you have, where you are.” — Theodore Roosevelt

“One resolution I have made, and try always to keep, is this: ‘To rise above little things.’” — John Burroughs