Al Batt: Will putting mothballs under the hood keep mice out of your car? 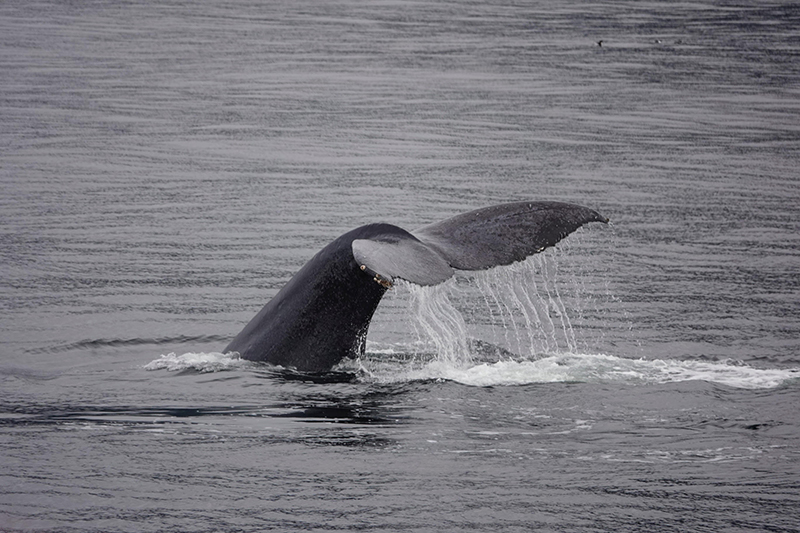 Humpback whales are identified by the underside and trailing edge of their tail flukes; each one is different just like a fingerprint. - Al Batt/Albert Lea Tribune

“Everything is copacetic. I understand you’ve been waltzing with bears in Alaska?”

“Not exactly. I saw a bear and I walked trails where bears had been seen, but I didn’t waltz with any or have any anxious moments around one.”

“I know what I’d do if I were attacked by a bear.”

I walked down a trail in Sitka where a brown bear had been sighted earlier in the day. A fellow from California walked with me and expressed his concern about being in bruin territory. I told him not to worry too much about the bears. Neither of us would even be able to handle one of Alaska’s squirrels. He whistled loudly and off-key in the hopes the bear hold paws over its ears until we reached our destination.

The bald eagles living there enjoy ripping up cardboard tubes from toilet paper and paper towels, cardboard boxes, phonebooks, and egg cartons. It gives them something to do. Cheryl McRoberts, Executive Director of the ABEF in Haines, had asked local residents to share those items with her. Cheryl said that whenever she receives toilet paper tubes, she knows someone had been thinking of her.

Research led by the University of Exeter found people who spend at least 120 minutes in nature each week are significantly more likely to report good health and higher psychological well-being than those who don’t visit nature during an average week.

With that in mind, I latched onto a PBS KIDS Look and Learn Nature Detective — a kit including a book, magnifying glass, scavenger hunt and activity poster that encourages kids to take a closer look at nature. It’s important that kids, grownups and supposed grownups get outside and do something wild — like looking at a bird. 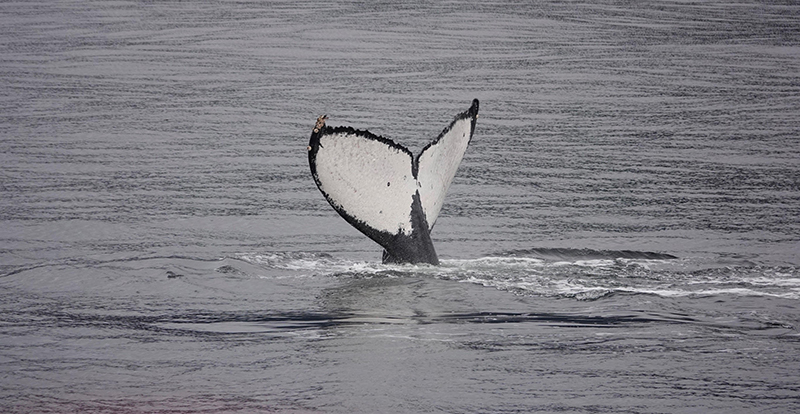 Hard-shelled barnacles are attached to this humpback whale’s fluke. Barnacles feed upon plankton that the whales swim through. – Al Batt/Albert Lea Tribune

It was a mobile eagle feeder

Mike Walsh of Fairbanks, Alaska, told me that his closest encounter with bald eagles had come when he rented a pickup truck. Unbeknownst to him, the box of that truck had fish scraps in it. It quickly filled with eagles.

“Will putting mothballs under the hood keep mice out of my car?” Probably not. Mothballs are pesticides that release a gas vapor that kills and repel moths and their larvae. They are toxic to humans and pets. As a pesticide, they are regulated by the Environmental Protection Agency. I wouldn’t recommend using mothballs to repulse mice. Mothballs aren’t an effective pest repellent. The idea is that when the chemicals in mothballs react with the air, they produce fumes that are irritating to mice and rats. For mothballs to discourage mice, the fumigant concentration must be high. If you can take the smell, so can the mice.

“I saw mourning doves in my yard last winter. Don’t they migrate?” Mourning dove migration is a complicated affair called a differential migration and is related to a bird’s age and sex. They move south from late August through November. Young doves leave first, followed by adult females, and then the adult males. Some mourning doves, most of them adult males, don’t migrate at all but stay here. The males find it’s worth it to brave bad weather and frostbitten toes to get a head start on establishing a good breeding territory early in the spring. The doves make a whistling sound when they take to the air. The sound comes from the bird’s powerful wings and is believed to be a natural alarm system, warning other doves that danger is near, while simultaneously startling a possible predator.

“Would pocket gophers eat my bird seed?” Pocket gophers eat the tender underground roots of plants. They wouldn’t climb to any feeders. I suppose they could eat seeds that had fallen to the ground, but I’ve never witnessed them doing so. Moles feed on grubs, worms and other creatures that live underground. They rarely appear above the surface of the earth and they’d have no interest in bird seed. If a mound looks like something pushed a pile of dirt from a hole, that’s a gopher. Moles are known for their raised tunnels.

Join me at the Albert Lea Seed House at 9:30 a.m. Dec. 7 for a free presentation and visit about birds and nature. Bring your stories.

“A man said to the universe: ‘Sir, I exist!’ ‘However,’ replied the universe, ‘The fact has not created in me a sense of obligation.’” — Stephen Crane