Al Batt: Is there more than one kind of cattail in the state of Minnesota? 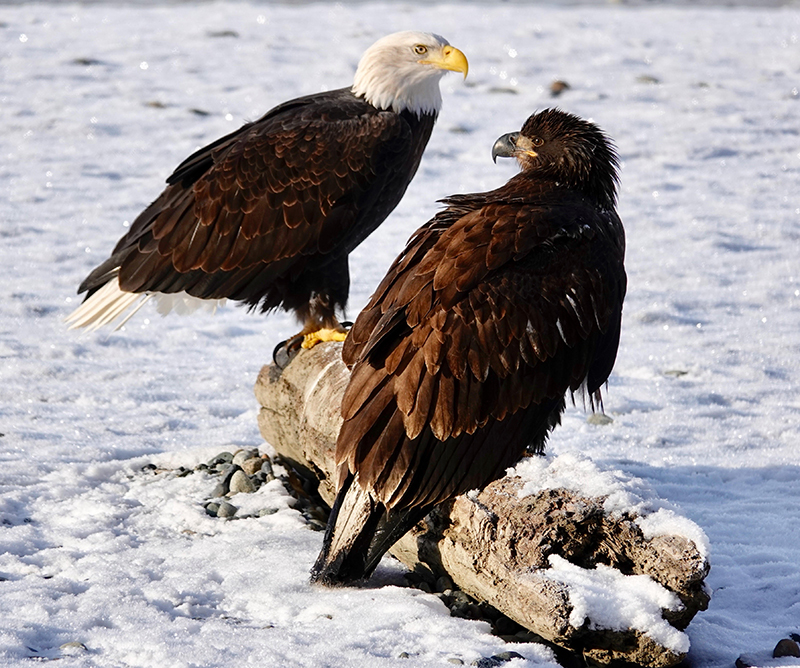 An adult and an immature bald eagle look quite different by comparison. - Al Batt/Albert Lea Tribune

“Everything is nearly copacetic. I didn’t get the farmyard cleaned up before the 8 inches of snow fell in my yard, but that’s OK. I like to find surprises when the snow melts in the spring. Christmas is a peck of fun, but I didn’t get a big Christmas tree this year. I got a Christmas bouquet instead. That should cut down on the number of squirrels I’ll find in it on Christmas and be small enough that I can get into the same room with it.”

The world had put on its winter coat — a heavy coat of snow. I drove through way too much snow (according to the National Weather Service) to get to an important meeting. We complain about the weather forecasts, but we should complain that they are too accurate. Another attendee asked how my drive to town was. I told her that I’d seen a small flock of snow buntings.

Those birds made the post-storm journey a delight.

Forty-two Canada geese flew over the yard in a lopsided V-formation, honk-a-lonking their way south. The bird feeders had been busy. If you fill your feeders, the birds will come before a storm.

A rooster pheasant flew from the yard. I heard him before I saw him. I was sorry to have bothered the handsome fellow. Male pheasants utter a series of loud, excited two-note calls when they flush. It’s difficult to assign a precise meaning to these cackles.

Red oak, ironwood and buckthorn hang onto their leaves. Turkeys, deer and squirrels dig through the snow in search of acorns. The squirrels may be checking for cached nuts.

There was a Eurasian collared-dove, with a black collar on the back of its neck, under the feeders. This Eurasian species, approximately the size of a mourning dove, was accidentally introduced into the Bahamas in 1974 and was first sighted in Minnesota in 1998. 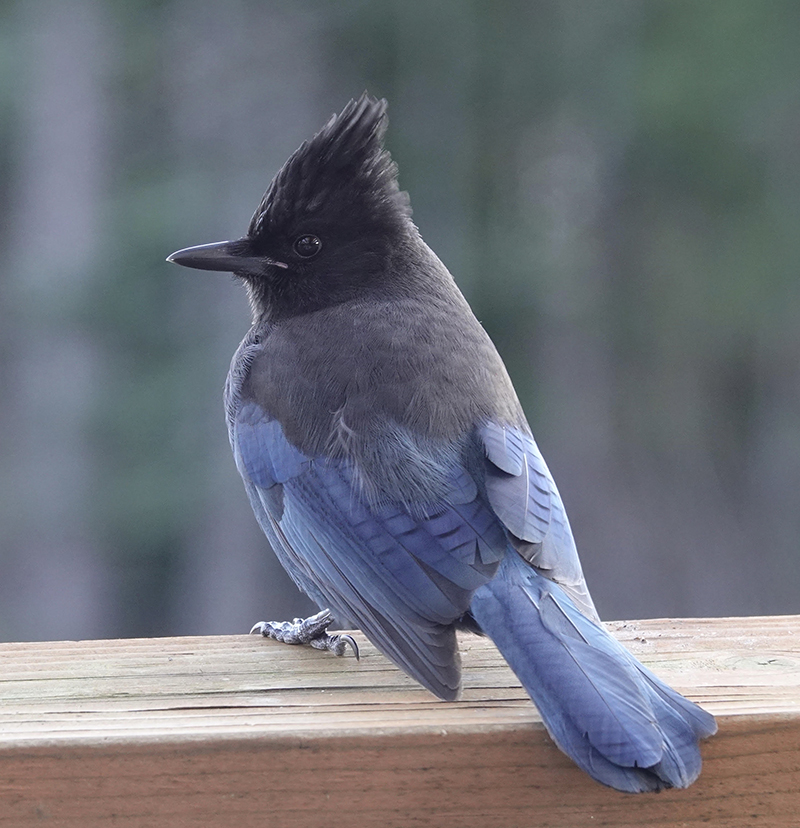 The Steller’s jay was discovered in Alaska in 1741 by Georg Steller. – Al Batt/Albert Lea Tribune

“Do soybean aphids eat buckthorn?” They do feed on buckthorn. They spend the winter as eggs on buckthorn, a critical part of the soybean aphid life cycle. Aphid eggs hatch on buckthorn in the spring and populations build there, producing winged spring migrants that eventually colonize nearby soybeans — the summer host of the aphid. Soybean fields with buckthorn nearby are often the first to be infested by aphids in the spring. The aphids go through many generations throughout the summer. At the end of the soybean growing season, the aphids produce both male and female migrants, which fly to buckthorn to mate and lay eggs, Soybean aphids are yellow aphids only 1/16th of an inch long. They have distinctive tailpipes (cornicles) on the tip of their abdomens. There are a number of insect predators of soybean aphids, including the multicolored Asian lady beetle, minute pirate bug and green lacewing. Buckthorn was once sold in nurseries and 1,700 feet of buckthorn was planted as a hedge on the Minnesota State Capitol grounds. It has since been replaced with hedge cotoneaster.

“Why is nature usually called ‘she’?” Because even when angry, she is beautiful.

“How do birds decide who eats first at the feeders?” They operate on a hierarchy called a pecking order. The idea of a pecking order came from studies conducted in the 1920s when Norwegian biologist Thorleif Schjelderup-Ebbe established that chickens had a dominance system. He named it the “pecking order” after noting that chickens enforced their leadership by administering a sharp peck of the beak to underlings whenever they got ideas above their station. Our feeder birds follow that same practice.

“There is an opossum in my yard. Should I worry about the animal having rabies?” Any mammal can get rabies, but the chance of rabies occurring in an opossum is rare. It’s thought that the opossum’s low body temperature makes it difficult for the virus to survive in the animal’s body.

“The sun, the darkness, the winds are all listening to what we have to say.” —Geronimo

“We haven’t yet learned how to stay human when assembled in masses.” — Lewis Thomas,