Al Batt: Robins and cedar waxwings in winter, and other nature answers 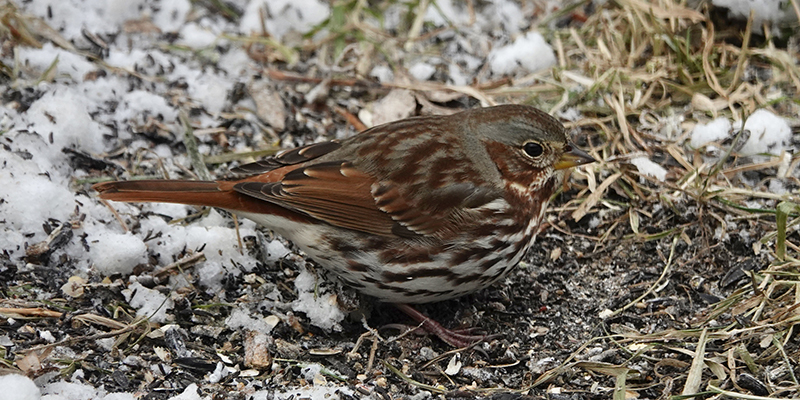 I love watching fox sparrows scratch in the bare ground. Both feet are used in a shuffle and kick operation that proves to be most effective. - Al Batt/Albert Lea Tribune

“Everything is nearly copacetic.”

“What time is it?” I wonder aloud.

“You have two watches and they don’t show the same time?” I say.

“If they had the same time, I wouldn’t need two of them. I thought about getting one of those fitness tracker watches, but I don’t need one. I just burned 2,000 calories in 20 minutes.”

“I forgot to take my brownies out of the oven.”

Three common grackles showed up at our feeders right before Christmas. Not many would accuse them of being the three wise birds. Perhaps they were traveling as a part of a wagon train and had the rotten luck of getting a bad wagonmaster.

I don’t expect to see a robin in my winter yard, but I’m never surprised to see one. I spotted a northern shrike perched on the top of a small tree. The shrike was about the size of a blue jay, but had a horizontal profile. This shrike has a black mask and is a predator songbird that will impale its prey because it doesn’t have the talons to hold them. I have seen mice impaled on barbed wire and the thorns of trees. It breeds in the taiga and at the border of taiga and tundra.

I listened to a man talk of many things. I thought he’d said something about a “corbie messenger.” He had not. It was faulty listening on my part. I’d gotten up on the wrong side of my brain that morning. He had no idea what corbie messenger meant. He’s in a full boat there. It means a messenger who doesn’t arrive or return in time. It comes from the raven that Noah sent out from his ark and from the Latin corvus. The family Corvidae includes crows, ravens, jays, and magpies. In the Bible, in the aftermath of the flood in Genesis, Noah released a raven to see if the waters had receded. The raven never returned. Many think that was because it was a carrion eater and had found food in drowned corpses. A dove released by Noah returned with a freshly plucked olive leaf informing Noah that dry land had begun to appear. 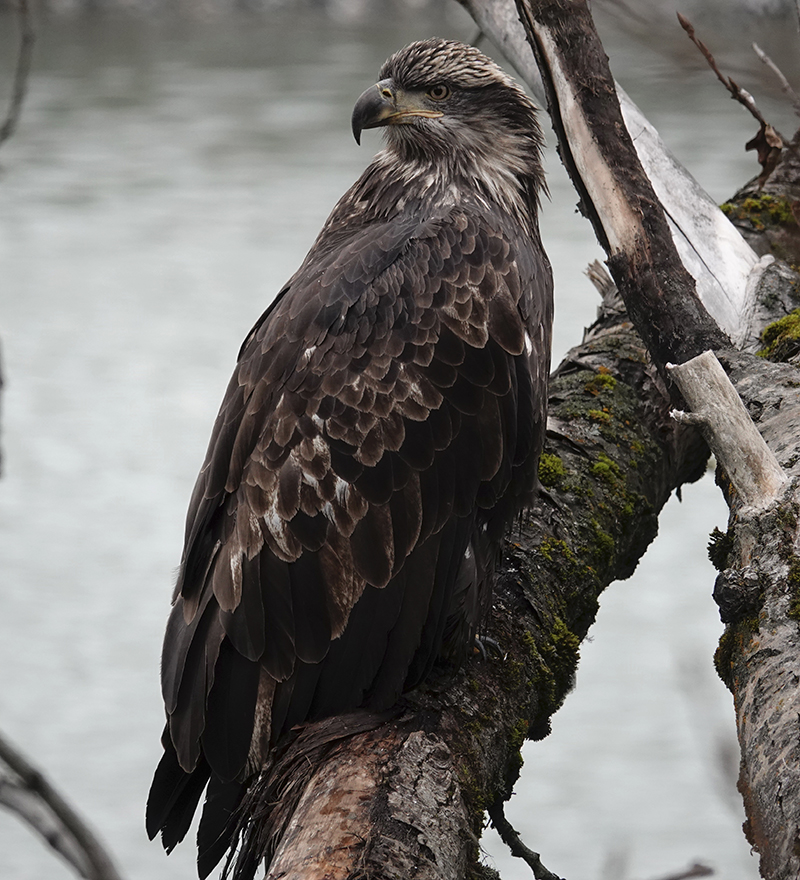 “Do cedar waxwings migrate?” They are considered a short-distance migrant, but winter movements are irregular, responding largely to availability of fruits and berries. It’s certainly possible to see them here in winter.

“When do red foxes breed in Minnesota?” Red foxes mate in February and 52 days later pups are born. The pups nurse for 10 weeks and are independent at seven months. Foxes reproduce when a year old. They often den in deep holes made by woodchuck or badger. The den is primarily a nursery as fox prefer to sleep in the open, even in winter.

“What does a sandhill crane eat?” This omnivorous crane feeds on land and in shallow marshes. Its diet consists of seeds, grains, berries, tubers, insects and larvae, snails, reptiles, amphibians, nestling birds, and small mammals.

“Are golden eagles much bigger than bald eagles?” They are about the same size.

“Do great horned owls build their own nests?” They typically appropriate a nest built by hawks, crows, ravens, herons, or squirrels. I often see them using red-tailed hawk nests. They will nest in tree cavities, on snags, cliff ledges, and buildings.

“How can I tell a deer mouse from a white-footed mouse?” It can be difficult to discern the difference between the two by appearance. The lower parts of the body and feet of both species are white, both have prominent, lightly furred ears, coarse whiskers, and bulging, black eyes. The deer mouse differs from the white-footed mouse by its soft, luxuriant gray fur on the upper parts of the body, a uniformly colored back with a faint darker stripe in the middle, and a bicolored tail that’s dark above and white below, with a tuft of white hairs at its tip, and is as long as the combined length of its head and body. I saw mouse tracks in the snow. White-footed and deer mice often travel on top of the snow. They hop, leaving tracks that resemble those of a tiny rabbit, with the larger back feet landing in front of the smaller front feet. They frequently leave a tail mark in the snow.

“When everything seems to be going against you, remember that the airplane takes off against the wind, not with it.” – Henry Ford

“The things we do at Christmas are touched with a certain extravagance, as beautiful, in some of its aspects, as the extravagance of nature in June.” — Robert Collyer