Prairie Profiles: ‘We become a family’ 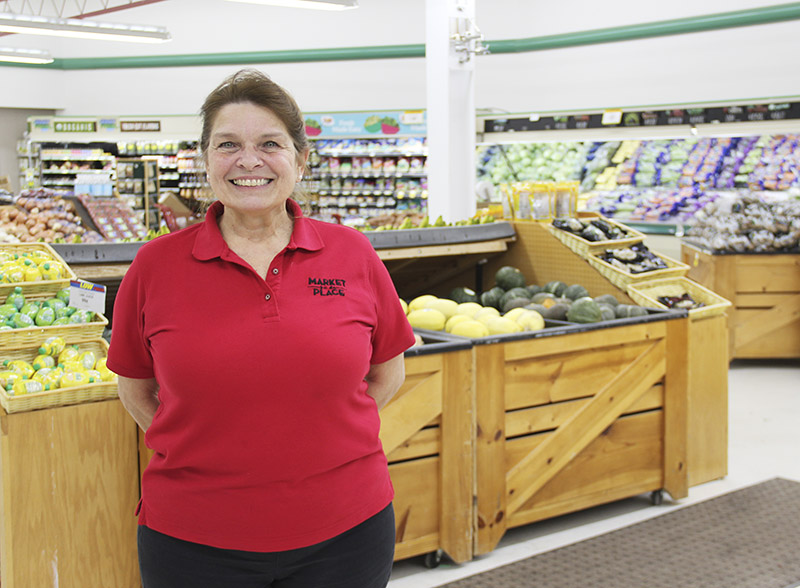 Jody Anhorn is the manager at MarketPlace Foods in Albert Lea and has had a long history with the grocery store. Sarah Stultz/Albert Lea Tribune

It was only a natural fit for her to step into the sole position of manager at MarketPlace Foods this year after former manager, Casey Connor, left to start a new venture as owner of the Northwood and Lake Mills grocery stores.

Anhorn said last year around this time she was asked to co-manage the store with Connor and then took over the position when Connor departed.

Anhorn has worked numerous roles since starting at Nelson’s MarketPlace in the ‘80s and has seen many changes over the years. She said she has worked in essentially all of the departments and has worked as a cashier, a demonstration employee, an assistant bookkeeper and the scanning coordinator.

She moved to the new store in 1995 at Skyline Plaza and has worked under the Nelson’s name, Rainbow Foods and now MarketPlace Foods, under owner Jim Baldus, who purchased the store in 2014.

She oversees about 60 employees, who she described as “awesome workers.”

“I’ve been here for so long, and we become a family here,” Anhorn said. “We’ve been through a lot of good times and bad times together. We’re together more than the people we live with.”

In addition to the employees, she said one of her favorite parts about the job is seeing customers, learning about their families and developing personal relationships with them.

“They become family also,” she said.

She said as she moves into the future, it is her goal to keep the store open in Albert Lea, not only for the residents on the west side of town but for her employees, some of which are longtime workers.

The store also aims to support the community through ongoing fundraisers, such as for Toys for Tots, Food for Backpacks, Freeborn County Humane Society, Geneva Cancer Auction and Walk to End Alzheimer’s.

She said they started putting out donation buckets for the various organizations and has been pleased to see how generous customers have been with their donations.

A fundraiser for the Walk to End Alzheimer’s, for example, raised over $900.

“That is a big thanks to all of our customers,” she said.

Family: Son and daughter-in-law Paul and Cheryl Citurs and their son, Tyler