Al Batt: It’s hard to find owls because they are excellent at blending in 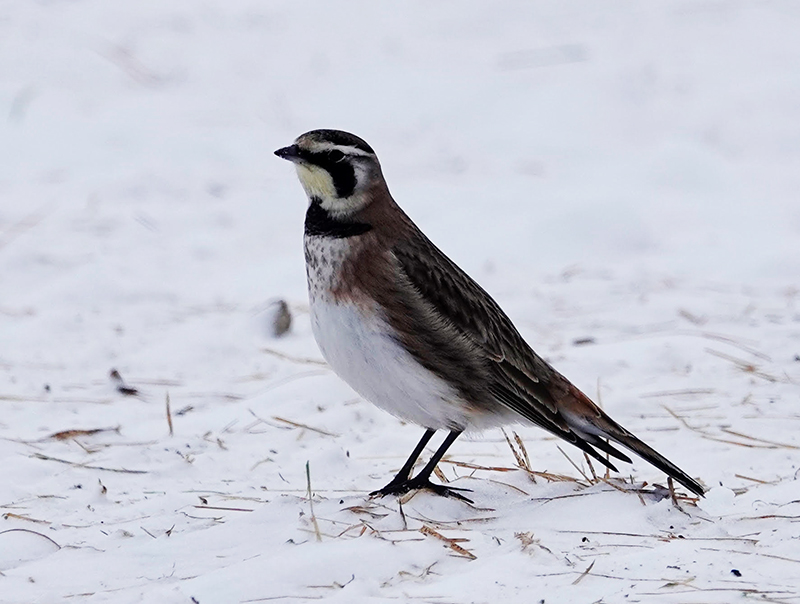 The horned lark is a regular at our roadsides. - Al Batt/Albert Lea Tribune

“Everything is nearly copacetic. I’ve come to the realization that the only way I’m ever going to get my name in the lights is by changing it to Exit. It was so cold, I cracked a tooth. Frozen coffee on-a-stick was a bad idea. I put my sweatshirt on backwards this morning and I’ve spent all day going where I’d just been. I’ve started calling my bathroom the gym. That way I can tell my doctor that I go to the gym every day. I just learned that I’m colorblind. That diagnosis came right out of the

I wanted to go for a walk, but I didn’t want to bother the rooster and hen pheasants foraging under the feeders. They were pleasant pheasants. When they finished breakfast, I became an errant exerciser. Gretel Ehrlich said, “Walking is also an ambulation of mind.”

I heard a red-bellied woodpecker call. It sounded peeved. And why not? It had to deal with winter. A chickadee sounded off, it’s “fee-bee” song triggered by hormones. A downy woodpecker drummed along, hoping to establish a territory. The days grow longer at both ends. That should excite everyone.

People have reported high numbers of blue jays. There was a good mast crop this year in most places. That means there were plenty of acorns for eating and caching. Jays and crows know far more than they let on. A reader from Mora has a varied thrush in the backyard and a column customer in Mankato is being visited by a Carolina wren.

I saw a fox squirrel, clutching an ear of corn, on a no passing sign. A nice find for the squirrel, which jumped down and ran across the snow. Then it suddenly disappeared into the deep snow like Wile E. Coyote running off a cliff.

I peered through my binoculars at a perched bald eagle. It was a young bird. For some reason, I focused on its bill. It was dark. It was a bi-colored beak that immature bald eagles have. This beak is a dark, blue-black and lighter in color nearer the eye. As juveniles mature, the beak color gets lighter from the base outward, gradually becoming the light yellow of an adult. Northern eagles are generally larger than their southern brethren. There’s a biological rule of thumb called Bergmann’s Rule which states that, within a species, individuals living in colder climates have larger body sizes than those in warmer climates. Bergmann found large animals have a lower surface-area-to-volume ratio so they lose heat more slowly in cold climates. Small animals have a higher surface-to-volume ratio and cool off faster when it’s hot.

Brian Schofield of Fairmont wrote, “I have seen oddities that nature presents to us: a whitetail doe with antlers, a two-headed painted turtle, but what I have been seeing the last week is something I haven’t even heard about before; a ringneck pheasant hen with wattles. For the past week this hen has been haunting our bird and squirrel feeders gleaning scraps that have fallen to the ground. This little hen has provided us hours of entertainment and we have supplemented her foraging with shelled corn to assist her survival through the winter.”

I’ve not seen a hen like that, Brian, but some older females or those with damaged ovaries may assume rooster-like characteristics. I found this in “The Condor” from 1961: “Intersexes (gynandromorphs) were birds with supposed abnormal chromosomal complements which had mixed male and female feathers, and sex-inverts were birds undergoing change from one sex to the other — usually female to male.” 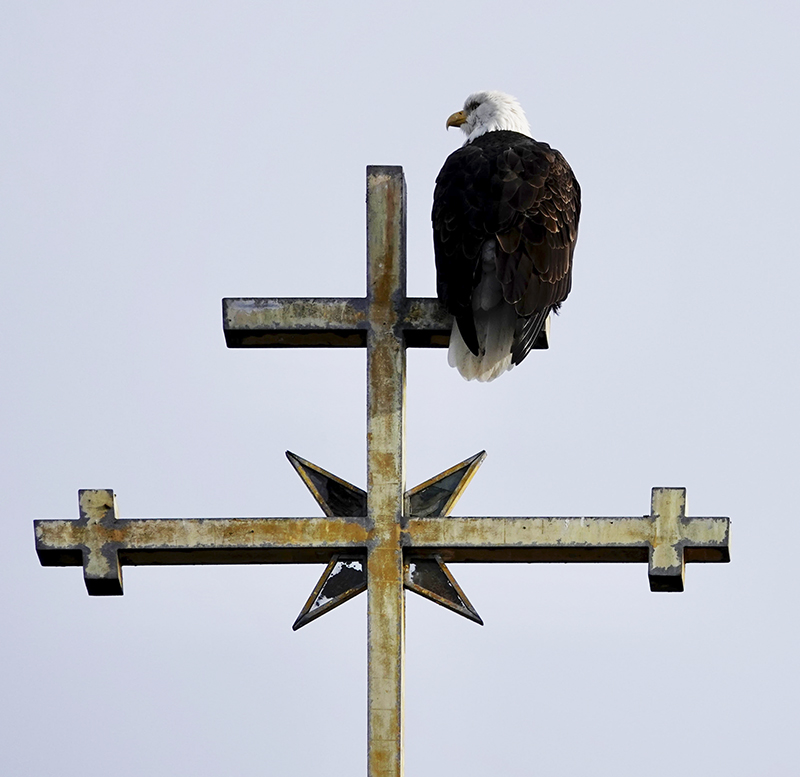 “If birds don’t like milo, why is it in seed mixes?” Milo (sorghum) is used in livestock feed, ethanol production and as feed for birds. Generally, birds don’t eat it. According to the trade group Wild Bird Feeding Industry, economy mixed seed mixes, which usually include milo, account for a third of the market. Single-seed products, such as sunflower seeds, make up 26%. If birds refuse to eat it and it’s nothing more than wasteful filler, why milo? Two words. It’s cheap.

“Why don’t I ever see an owl in a tree?” It’s because they are good at hiding. They excel at blending in and remaining motionless. I typically see them after outraged crows have found them.

“Why were my bird feeders quiet part of the winter?” The winter was well-behaved for a time. Birds forage elsewhere when winter weather is mild with little snow or ice covering natural foods. Birds need fewer calories during warmer weather to maintain body temperatures.

“If you think nobody cares if you’re alive, try missing a couple of car payments.” — Earl Wilson