The Freeborn County auditor-treasurer is reminding county voters of the changes taking place to the election process this season. 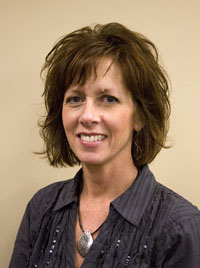 For the first time since 1992, there will be a presidential nomination primary on March 3 instead of a presidential straw poll at precinct caucuses. The votes at the primary will be binding in determining Minnesota’s delegates for both parties.

Freeborn County Auditor-Treasurer Pat Martinson said voters in the presidential primary will have to declare a party, choosing either a Republican or Democratic-Farmer-Labor ballot, as opposed to having both parties on the same ballot as in previous primary elections. If a voter refuses to select a party, they will not be able to participate. Minnesota’s other two major parties, Legal Marijuana Now Party and the Grassroots Legalized Cannabis Party, have chosen not to participate in the primary.

On the Republican ballot, President Donald Trump is the only candidate listed, or voters could write in a candidate.

On the DFL ballot, there are 15 candidates to choose from, along with an uncommitted option.

Martinson said ballots were determined by the parties ahead of time, and there may be some candidates listed who dropped out of the race after the ballot deadline had passed.

Martinson said voters in these precincts will receive both ballots but must choose only one to fill out and then destroy the second one.

She said steps are being taken to protect privacy of voters. Which candidate a person votes for is private under the data privacy act, but a record of which party’s ballot a voter selects will be made available to the major political parties.

Martinson said the state is reimbursing for ballots, judges and overtime costs incurred by work for the presidential nomination primary, as well as for supplies, postage and public safety purposes.

There is not an alternative weather date in the case of bad weather, but there is an emergency plan in place if somehow people can’t reach their polling places because of inclement weather. She advised people to listen to KATE Radio or visit the county website for this information if the need arises.

The Freeborn County Auditor-Treasurer’s Office is open from 8 a.m. to 5 p.m. every weekday until the primary for absentee voting, along with 10 a.m. to 3 p.m. the Saturday before the election.

She reminded voters that no excuse is needed to vote by absentee ballot.

Ballots must be received by the last mail delivery on Election Day or can be dropped off in person at the Auditor-Treasurer’s Office.

As of Monday morning, 79 absentee ballots had been accepted and 142 had been sent out.

Martinson said Freeborn County always has a great turnout — above the state average — and noted that Minnesota is also a leader amongst all the states.

If people have questions about voting in the primary, they can call the Auditor-Treasurer’s Office at 507-377-5121.

What about precinct caucuses?

Caucuses will be Feb. 25 for both the Republican and DFL parties.

The DFL Party caucus will be at the Union Center, 1407 State Highway 13 in Albert Lea.

The caucuses at both locations will begin at 7 p.m.