Al Batt: How old was the oldest duck you’ve ever seen? 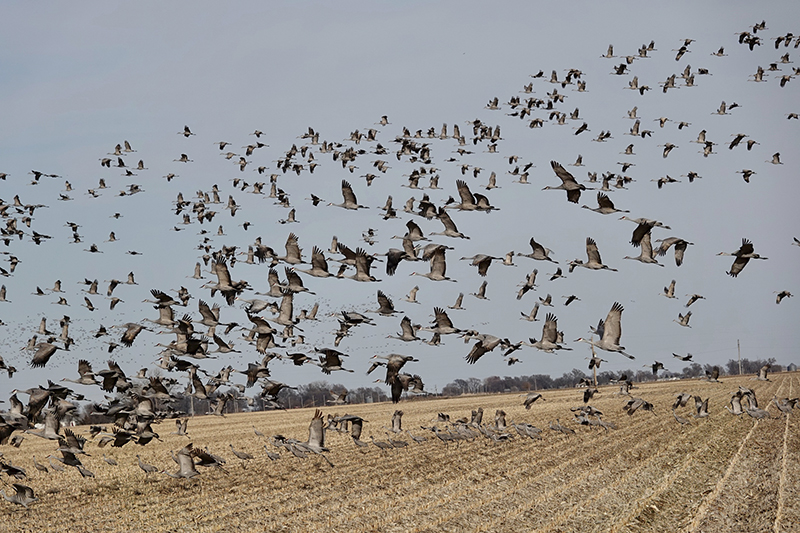 Pictured are some of the 600,000 sandhill cranes along the Platte River not far from Rowe Sanctuary. - Al Batt/Albert Lea Tribune

“Everything is nearly copacetic. I bought a new garden hose. I buy a new one every year.”

“It’s easier than untangling my old one.”

Birds enliven the yard. In early spring, a woodpecker excavates a nest cavity in a dead tree. It knows it has its hole life ahead of it. A number of readers have reported birds fighting with their mirrored images in windows. That’s what happens when they take anger management classes online.

I visited with Ann Wick of Black Earth, Wisconsin, who monitors 150 bluebird boxes and has banded over 12,000 bluebirds in 24 years..

Ken Vail of Illinois, formerly of Owatonna, had a gift for finding snowy owls in southern Minnesota. His obituary said Ken died surrounded by loved ones and birdsong. It added, “He took regular hikes and rarely went anywhere without his binoculars — even the grocery store. As all birders know, one never can tell where the next lifer will appear.”

Charles St. Charles of Michigan wrote, “You say that the black-capped chickadee whistles ‘Fee-bee,’ but I hear something different. Maybe it’s because I cheerfully feed so many of them throughout the year that what I hear is ‘Feed Me.’ The next time you are out talking to the chickadees at your feeder see if they aren’t saying the same thing to you this spring.”

Bonita Underbakke of Lanesboro and Harvey Benson of Harmony gave me a book titled “Bird Count” for my birthday. It tells the tale of a Christmas Bird Count led by Big Al.

I was in Kearney, Nebraska, trying to see all of the 600,000 sandhill cranes gathered along the Platte River. None nest in Nebraska, but some do in Minnesota. How do the big birds find their way to Nebraska each year? They wing it. The Platte River used to be described as being a mile wide and an inch thick, but has changed over time as have many waterways. The voice of a sandhill crane can be heard 2.5 miles away. As they age, cranes turn grayer and bald. The red crown is skin and acquired in its first year. Cranes don’t perch in trees, they dance elegantly year-round, and live 15 to 25 years in the wild. About 50,000 are taken during hunting seasons in various states. A crane cam is at https://rowe.audubon.org/birds/crane-cam

“My uncle said pigeons produce milk. Is he nuts?” Male and female pigeons and doves produce crop milk for their young. The crop is a structure at the base of a bird’s neck, which is used to store and moisten food before digestion. Shortly before pigeon eggs hatch, both the parents’ crops become engorged with fluid-filled cells. They regurgitate this milky goop into the mouths of the squabs. This crop milk remains the squabs’ only food for several days after hatching. Crop milk is extremely rich in proteins and fats. Flamingos and emperor penguins also produce crop milk. 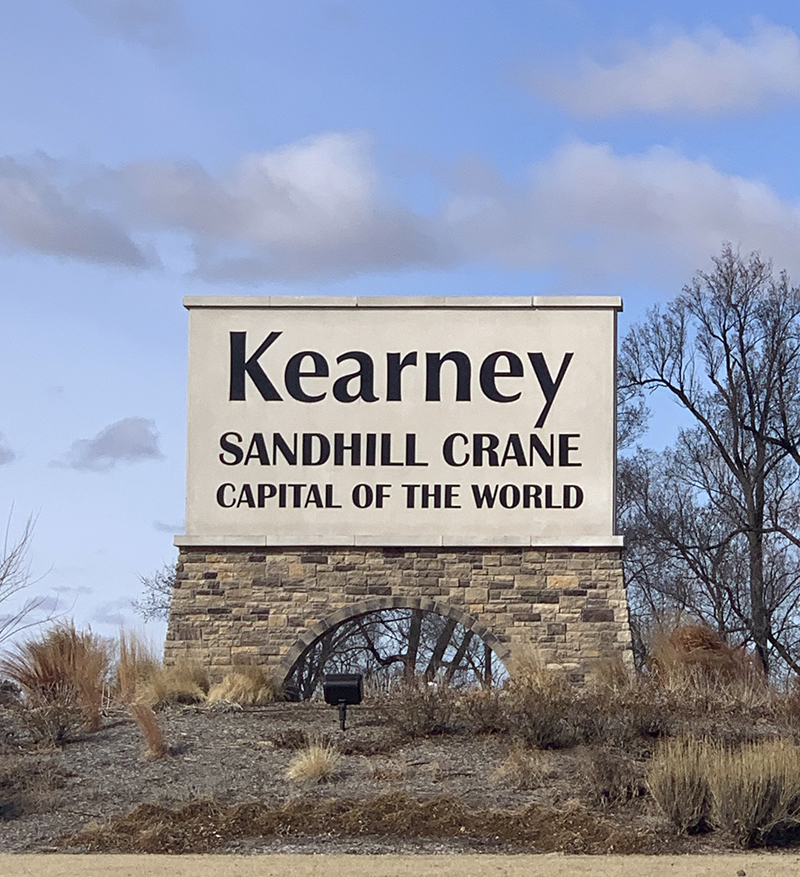 Listen for the high-pitched peep of the spring peeper, which has a distinct, dark X on its back and can be heard a mile away, or a long “cree-ee-eek” sound, as if a fingernail was dragged across the teeth of a comb, made by the western chorus frog.
Woodcock males, also called timberdoodles, dance.

Tundra swans migrate through on their way to breeding grounds in the Arctic tundra.

This from “Big Wonderful Thing: A History of Texas” by Stephen Harrigan about Texas Governor James Hogg around 1869: “He was in a state of deep despondency until one day, while walking alone in the woods, he heard the song of a mockingbird. He was probably not the first Texan to feel restored to life by the piercing, ricocheting musicality of Mimus polyglottos, no doubt part of the reason it became the Texas state bird. (Although that did not happen until 1927, when the legislature declared with unbothered anthropomorphism that the mockingbird ‘is a singer of distinctive type, a fighter for the protection of his home, falling, if need be, in its defense, like any True Texan.’)”

“Do something wild today. Look at a bird.” — Al Batt

“When you have seen one ant, one bird, one tree, you have not seen them all.” — Edward O. Wilson

“Eight-year-olds should not be asked to become warriors or worriers. Children have much more important work to do: Watch ants. Grow flowers. Dance between the raindrops. This is sacred work, and childhood needs to be preserved just as much as rain forests and wetlands.” — Michael Weilbacher