Al Batt: Why are they called cedar waxwings? Do bluebirds mate for life? 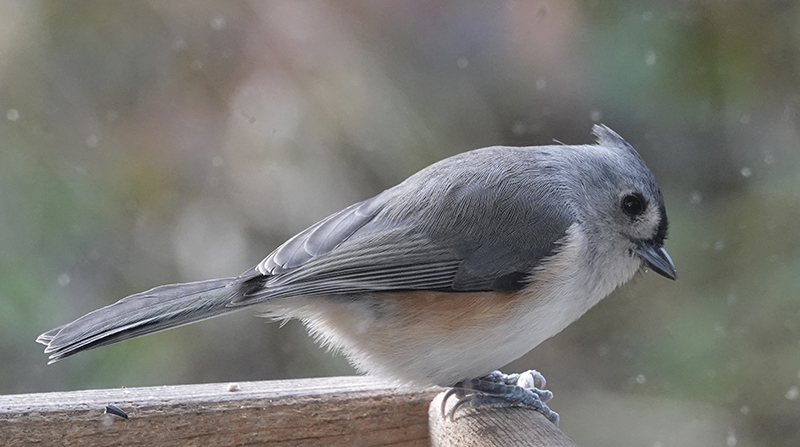 Related to the chickadee, the tufted titmouse is increasing in nearly every part of its range. - Al Batt/Albert Lea Tribune

“Everything is nearly copacetic. I’m still waiting to see if my morning coffee intake uses its powers for good or evil. I used to be married until she got smart and dumped me. We never fought. I guess I did, but she never fought back.”

“How did she control her anger?” I say.

“She cleaned the toilet.”

“She used my toothbrush.”

A tufted titmouse, which fortunately for me had decided to spend the winter in our yard, has fit in well. It even participates in the mobbing of accipiters. I listened to it as it joined chickadees, nuthatches, and blue jays in a verbal assault on a raptor. The birds had mob connections. When smaller birds join forces to ward off larger or predatory birds, it’s called mobbing. The sounds call in the cavalry. Tufted titmice produce fussy, scolding call notes and, when predators are spotted, a harsh distress call that warns others of the danger.

A friend sent me a video of a squirrel burying the blueberries she’d tossed outside. The squirrel was burying the berries in the snow. It was caching food in a refrigerator that would melt. Seems to be a foolish endeavor, but who am I to judge the behavior of a squirrel or anyone else?

“Do crows migrate?” Some do. American crows are commonly observed during the winter in the southern two-thirds of the state, but are rare in the north. You might notice crows carrying sticks and nesting materials at this time of the year.

“Should bluebird nest boxes face a certain direction?” Research done by the Cornell Lab of Ornithology revealed eastern bluebirds will nest in boxes facing in any direction. In Minnesota and other northern states, nest boxes facing in easterly directions fledged more young on average than boxes facing other directions. This suggests a benefit to east-facing boxes at northern latitudes, where night temperatures tend to be colder. This benefit couldn’t be detected in the south.

“Why do birds stand on one leg?” A foot tucked into belly feathers reduces the amount of heat a bird loses through unfeathered limbs. A bird sometimes alternates feet to minimize heat loss and conserve energy. A bird might tuck its beak under its shoulder feathers for warmth and to lessen heat loss.

“What percent of a bag of black-oil sunflower seeds is made up of shells?” The hulls make up 35 to 45 percent of the weight.

“Why are they called cedar waxwings?” The elegant birds were named cedar waxwings because of their strong attraction to the red cedar tree (a juniper) with its blue fruits and due to the bright red on the wing feathers is waxy red secretions.

“Do bluebirds mate for life?” Sialis.org says, “The answer is probably maybe sometimes.” Bluebirds form pair-bonds during the breeding season and are generally socially monogamous — a single male and female form a basic social unit. A study of eastern bluebirds in indicated about 95% of the time, nestings involved one male and one female. 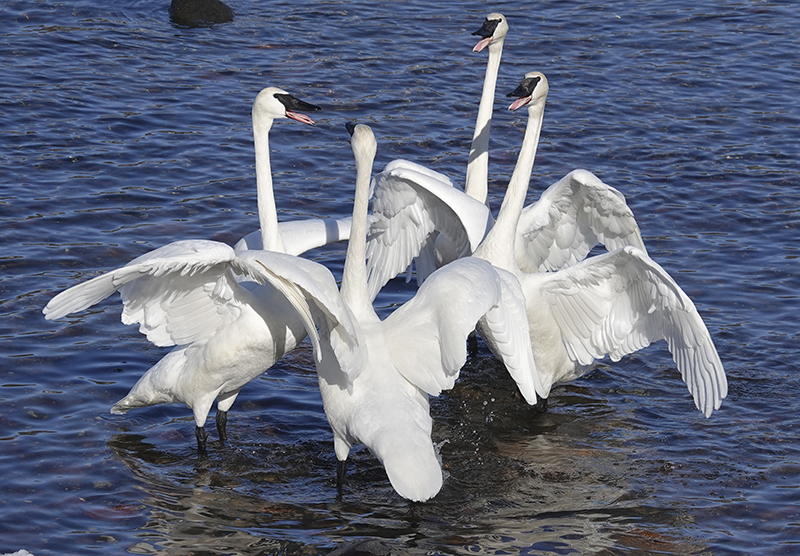 Things to look for and think about while awaiting spring

2. Chipmunks are out and about.

5. Wild turkeys have started their spring courtship with the toms gobbling, flaring tails, and strutting.

6. The bulk of the noisy, male robins tend to follow the 37-degree average daily isotherm as they move northward. There is a wide variation among individuals, but that temperature means food is available. An isotherm is a line drawn on a map linking places having the same temperature. A customer of this column told me when a robin is sighted near a house, it foretells good fortune for the inhabitants of the house. We should all be lucky folks.

7. House finches sing long, jumbled warbling songs of short notes, which often end with an upward or downward slur, as if the bird was either asking a question or had forgotten its song.

“If a small thing has the power to make you angry, does that not indicate something about your size?” — Sydney J. Harris