A high-risk predatory offender moved to rural Albert Lea on Thursday after being released from prison, according to the Freeborn County Sheriff’s Office. 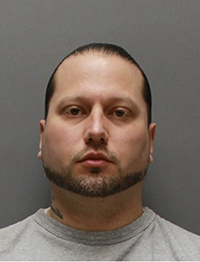 According to the Sheriff’s Office, Sokolofsky is 6 feet tall and weighs 187 pounds. He has long brown hair, hazel eyes and a light complexion.

He is classified as a Level 3 offender, an offender with the highest likelihood of reoffending.

He has lived in and around the community for several years, the Sheriff’s Office stated.