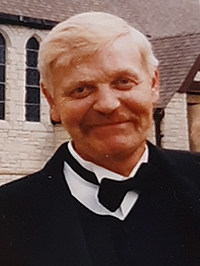 A celebration of life will be at a later date.

Terry was born in Forest City, the son of Gus and Pearl Book. Terry attended rural area schools. Terry worked at Land O’Lakes and Progress Castings, and he also hauled scrap metal and junk cars for many years. Terry married Paula Monson in March 1975. They later divorced in 1993. To this union, three daughters were born.

Terry’s favorite things to do were riding his Harley-Davidson motorcycle with his brother, David, and friends. Terry enjoyed having coffee and visiting with his many friends and family. Terry had many friends and always knew someone everywhere he went and would have to stop and talk with them.

He was preceded in death by father and mother Gus and Pearl Book.