My Point of View: You know where to find the county’s Republican Party

Try as it may, a bee can rarely convince the common house fly that pollen is preferred over poop. Politics has become very similar. If the questions voters want answered aren’t easily available to them and only the information candidates offer is canned, scripted and typical political fluff, then we’re often just being fed a line of — not honey.

Southern Minnesota has a great collection of current representatives up for re-election and their fellow conservative candidates we are proud to celebrate. We are blessed with political figures who are easy to contact and are as available as our friends and neighbors. Everyone from our very respected former teacher, state Rep. Peggy Bennett, to candidates who are a local carpenter and a national radio host, Gene Dornink and Jason Lewis, and especially our local congressman serving in Washington, D.C., Jim Hagedorn. Congressman Hagedorn has visited Albert Lea and Freeborn County so much, if you look at Albert Lea on a map you’d swear there’s a cross on the map going north and south, east and west, highlighting our location in southern Minnesota. 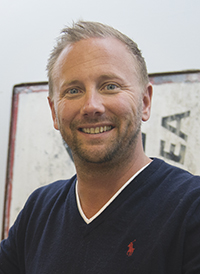 Do you need more information on the candidates or just need more signs from your favorite candidates? Are there questions you have for the local political figures, concerns you want to communicate, ideas you want to see implemented, plans you’d like to become policy or are you wondering where candidates will come to speak at next? It’s as easy as finding Albert Lea on a map. The Freeborn County GOP headquarters is right in the heart of historic downtown Albert Lea half a block down Broadway off of Main Street at 212 Broadway Ave. S.

The Freeborn County GOP headquarters is open Monday, Wednesday and Friday afternoons from noon to 6 p.m. and on Saturday mornings from 9 a.m. to noon and during many special events throughout the election season. The GOP headquarters is in the same spot it was during the last election in 2018 when we reelected state Rep. Peggy Bennett and elected U.S. Congressman Jim Hagedorn.

The creative, yet calm consistency of being in beautiful downtown Albert Lea is not only inspiring, but inviting. The GOP headquarters is across the street from the former Freeborn Bank building that is now Mortarr, the most beautiful building and brightest business in town, and right next door to Addie’s Floral & Gifts, one of the best local businesses a downtown could have. The GOP headquarters at 212 Broadway is exactly one block from The 112 pub on Broadway. What a gorgeous walk downtown past other amazing businesses to show off our community to the many people who come to visit.

We have the spectacular candidates we need in state Rep. Peggy Bennett, state Senate candidate Gene Dornink, U.S. Senate candidate Jason Lewis and U.S. Congressman Jim Hagedorn, and we have one of the state’s nicest GOP Headquarters but now we only have less than 50 days until we vote. We’ve worked very hard for the last two years to make this so smooth.

Now is also when will see other candidates popping up. We will have to ask ourselves a lot about these candidates: Are they Socialists? Does this person even want to be elected anymore? Is this the well-funded-with-dark-money candidate who was made to move to southern Minnesota just to run for office? Is this person capable of the job they were appointed to? And the question that takes the cake for 2020 is, “Does Joe Biden even know he’s running for president?” Be careful in your candidates and vigilant in your voting.

Peggy, Gene, Jason and Jim are plugged into our community and have been the representatives and candidates we need. It’s great we already know them. We do not hear much about their opponents or their opponents’ views. There is not a local headquarters to find out more about them. Albert Lea and Freeborn County is not a place they have taken time to visit (even President Trump has been nearby, twice.) Rather, we read ranting columns they submit from writers all over the state to the Albert Lea Tribune that are as negative to read in the paper as the riots they participate in and support are to watch on TV. Much of what they have had to offer is — not honey.

We have a long few weeks ahead. We will not know the election results the evening of the election. COVID, rioting and mail-in voting have unfortunately changed our lives. Up until the night of the elections and after the last ballot is found and counted you know where to find us. Your local GOP and its candidates appreciate you, and we back-the-blue.

Robert Hoffman is a member of the Freeborn County Republican Party.

I’m writing this letter very saddened by the Trump supporter who is going around Albert Lea just stealing or vandalizing... read more