A reason to celebrate 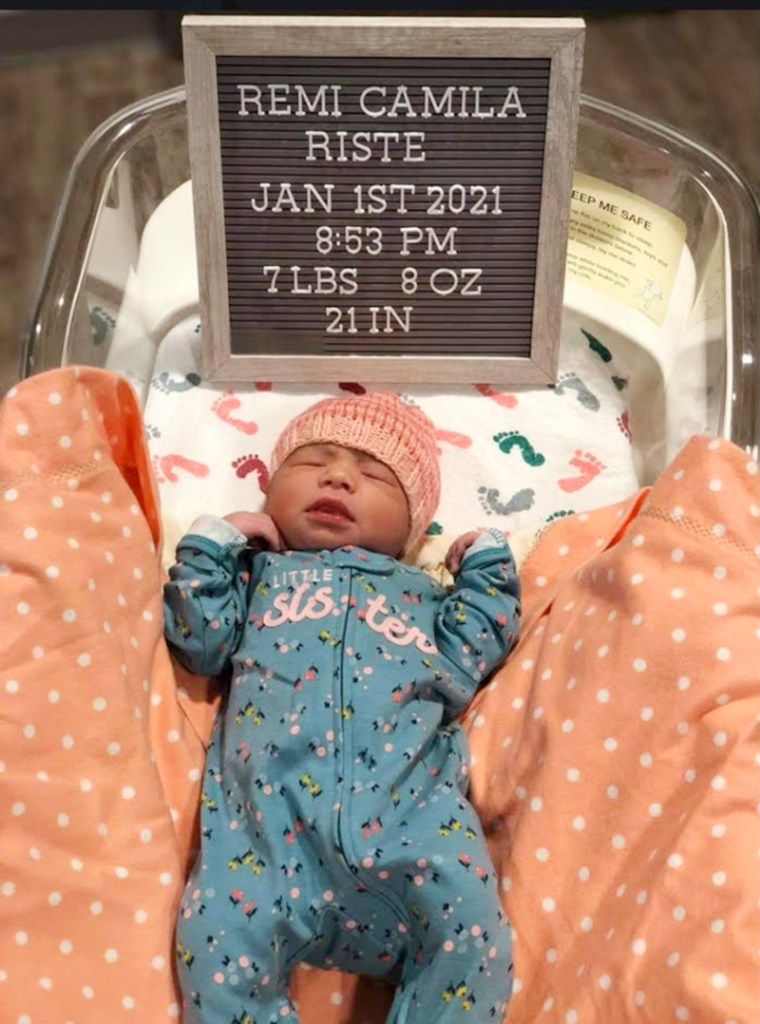 Austin couple rings in the new year with baby girl

AUSTIN — From now on, New Year’s Day will have a special ring to it for Nick Riste and Melanie Solis as their daughter Remi, was the first arrival of 2021 at Mayo Clinic Health System in Austin.

“It’s no longer New Year’s Day. It’s Remi’s birthday now,” Solis said. “I’m really grateful that she made it to the new year.”

Riste and Solis arrived at the hospital on New Year’s Eve, and Solis was given medication to induce labor at 6:30 p.m. Twelve hours later, she was given more medication, and it was still another 12 hours before she finally had to undergo a cesarean section.

“They struggled to get her out. She wasn’t budging,” Solis said. “They had to use the vacuum and she had so much hair that it kept sliding off.”

Remi is Solis’ first child and Riste’s second child as he has a 6-year-old daughter. He and Solis arrived at the hospital at 5 p.m. on New Year’s Eve and were praying Remi would wait for the new year to be born.

“2020 was quite the year and we just wanted to get it over with and have a fresh start. We wanted a baby to start the new year and that’s what happened,” Riste said. “Everything’s going good. She’s keeping us up, but that’s to be expected. It brought our families closer together. All of Melanie’s family is excited to have a grandchild, and my first daughter is excited to finally have a sibling. We have a healthy baby and that’s the most important thing.”

Solis and Riste had made Christmas plans for New Year’s Day, but they were more than happy to spend it with their new daughter instead.

“We had to reschedule our Christmas, but we didn’t have visitors in our room and that was the best thing,” Solis said. “Sometimes everyone comes in and out of the room, but we got to relax and just hang out with her. Then we left and brought her to our family.”

Riste has lived in Austin for his entire life, and Solis moved to Austin from McAllen, Texas at a very young age.