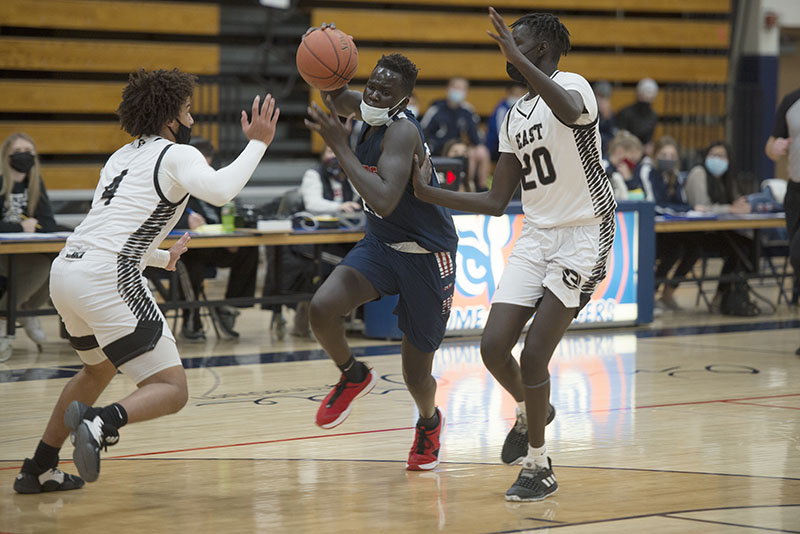 After a tough opening night against Northfield, the Albert Lea boys’ basketball team on Tuesday had the tough task of taking on Big Nine powerhouse, Mankato East.

The Cougars controlled the game from the opening whistle, never giving the Tigers a chance to claw back into the game. The Tigers lost their second consecutive game to open the season, 75-26.

Mankato East got out to a hot start, going up 6-0 before Albert Lea head coach Spencer Dahl was forced to call a timeout. The break in the action did not do much to slow down the Cougars, who came out of the break on another 9-0 run before sophomore Jacob Skinness put the Tigers on the board with a quick shot under the basket.

The Tigers called another timeout to recalibrate the gameplan. Over the next six minutes of play, Albert Lea slowed down the Mankato East offense slightly and was able to put some points on the board. Sophomore Pal Wal hit a three-pointer, and sophomore Ben Kuiters made a pull-up jumper. 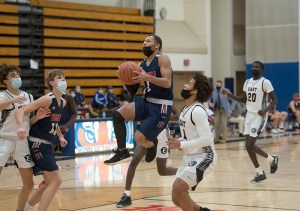 Down 24-7, the Albert Lea offense hit another road bump and only managed one more basket before the halftime buzzer. The shot came from senior Peirre Curtis.

The Tigers went into the halftime break trailing 49-9, with four different players on the scoreboard. Wal led with three points, while Curtis, Skinness and Kuiters each had two.

The offense seemed to move a little smoother in the second half as well. Curtis scored the Tigers’ first two baskets and added another before the night was over.

Senior Cody Yokiel also got on the board with three points in the second half. Wal and Kuiters both found the bottom of the net again, each scoring at least one more bucket.

While the play seemed to get better in the second half and the effort by the Tigers never left the floor, the Cougars never were within comeback distance.

Curtis led the Tigers with nine points, but Wal was right behind with eight. Kuiters finished with four points, while Yokiel had three and Skinness had two.

Of the Tigers 26 points, two came from the free throw line and six came from beyond the arc.

The Tigers fall to 0-2 to start the season and will play again Saturday at home when they host the Panthers of Rochester Century.