Al Batt: Do UFOs believe in you?

“A dark night in a city that knows how to keep its secrets, but one man is still trying to find the answers to life’s persistent questions — Guy Noir, Private Eye.” 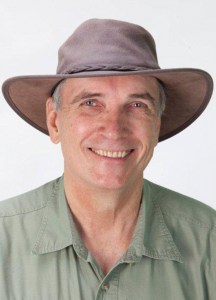 “Do you believe in UFOs?” someone who wasn’t Guy Noir asked. Like everyone, he had some crackpot ideas like the Vikings winning a Super Bowl during his lifetime. I considered his question  because I am the soul of compassion and my path on which to beat a hasty retreat was blocked. I was busier than a mirror merchant during an earthquake and his horrid question prevented me from getting on with my fascinating day, highlighted by the ceremonial clipping of my toenails.

“Here be dragons,” I thought, I hoped not aloud. No matter what I’d answer, I’d have a good shot at being deemed an idiot. That hurts, especially when it’s true.

“UFOs,” I said, rubbing my chin seriously and pretending to be in deep thought. I said it hurt when I said A, E, I, O or U because I had irritable vowel syndrome.

My inquisitor didn’t crack a smile.

“Do you think it’s fair that Cy Young never won a single Cy Young Award?” I said, hoping to change the subject.

I had a neighbor who swore he’d seen a UFO, but his eyesight was woolly on Saturday nights.

I look at the stars (they make me feel outnumbered), the clouds (they all look like the cotton stuffed in the top of aspirin bottles) and flying birds.

My questioner asked about the UFO meaning Unidentified Flying Objects. Some call it a UAP, an Unidentified Aerial Phenomena. Both acronyms refer to a mysterious object seen in the sky for which there is no scientific explanation to be found or believed. The term “unidentified flying object” was first used in print in 1953. People soon became ufologists.

When I was a boy with cheeks of tan, UFOs were called flying saucers because they were disc-shaped. Those alien visitors were fans of Frisbees and bring-a-plate meals.

I saw bad photographs of the flying saucers in National Enquirer and other similar publications found in grocery stores. Apparently, each spacecraft was equipped with a shield providing a blurry look that engaged when it sensed the presence of a camera. Either that or all the photographers used the worst camera ever made. The photos were hoaxes, weather balloons, flares, blimps, helicopters, planes, planets, meteors, fireflies, meteorites, satellites, lightning, ice crystals, clouds, reflections of lights, pelicans, a cow that jumped over the moon or imagination. Now that everyone is a walking camera, I’d expected to see more and better photos of UFOs.

If these beings that need their space have come in search of intelligent life, they’ll be searching for a long time. They know that if they’ve watched our cat videos.

They hunt for our leaders. That’s the story behind most big-screen TV thefts. What would Captain Kirk and Spock do about UFOs? Kirk would woo the loveliest of the female aliens and Spock would display evidence of a hand cramp. “Star Trek” aside, just in my family alone, there have been zero sightings of UFOS. That’s because we’re not listed in any of their travel guides. I wasn’t sure what a UFO looked like until one memorable day it hit me when a UFO (Unidentified Frozen Orb) cracked me upside my head. They look like snowballs.

I’m open to such things. I can’t prove or dismiss anything and I try not to judge others. I’ll keep looking at stars, clouds and birds. I’ll get an “I brake for UFOs” bumper sticker and put it on my brother-in-law’s car.

If I do see a UFO, I’ll appreciate it and I’ll know why it’s here.

It’s here for our sweet corn.

Al Batt’s columns appear in the Tribune every Wednesday.