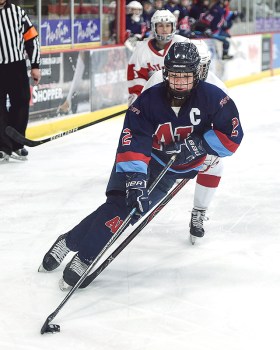 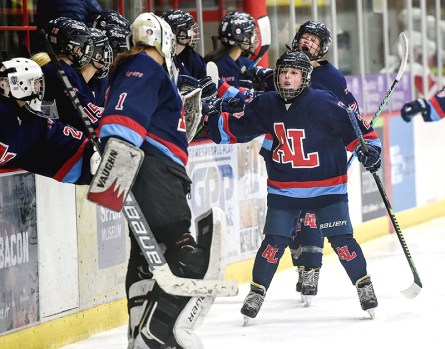 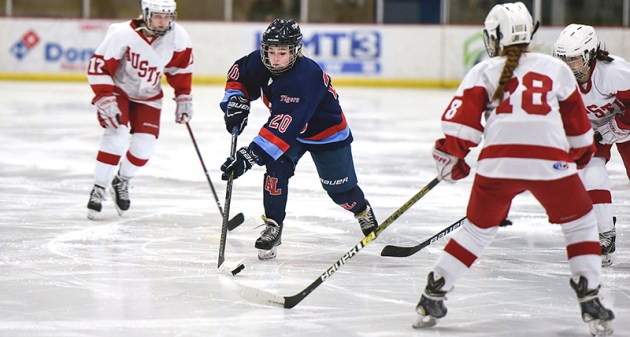 The Austin girls hockey team had to play shorthanded for much of the third period as it lost to Albert Lea 3-2 in its home opener in Riverside Arena Tuesday night.

The Packers nearly tied the game in the late seconds when Izzy Hemann put up a shot that appeared to find the net, but the score was waved off as the net had been moved on the play.

“I trust the official, and I’m not anywhere near that play. I couldn’t tell if it was off or not off,” Austin head coach Troy Holtz said. “The ref didn’t waver on what he called and I think he did it right. They waved one of them too, which I actually thought could’ve been a goal. It’s just how the bounces go a little bit.”

The Tigers (2-1-1 overall, 2-0 Big Nine) took a 3-2 lead when seventh grader Morgan Goskeson connected on a top shelf slap shot with 3:32 left in the game. That power play goal gave her a hat trick, and it put the Tigers in control in the closing minutes.

Austin pulled its goalie with 1:37 left in the game, but Kate Holtz was denied by AL goalie No. 1 on a slap shot with 1:20 left and Izzy Hemann was denied on a shot with 37 seconds left.

“This was the best game we’ve played all year. We played a complete game with all three lines and it’s a good game going forward,” Holtz said. “In sections, I think it will be them and us. There are other teams, of course, but I kind of see us being the teams. This was a big confidence builder.”

Albert Lea started the third period with a five-on-three advantage for 53 seconds, but the Packers were able to come out fresh after intermission and stop them from scoring in that stretch.