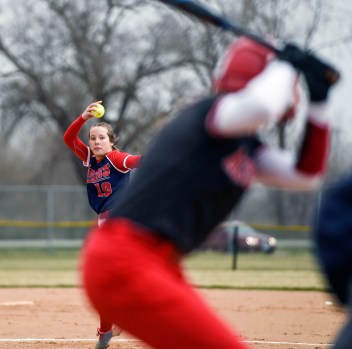 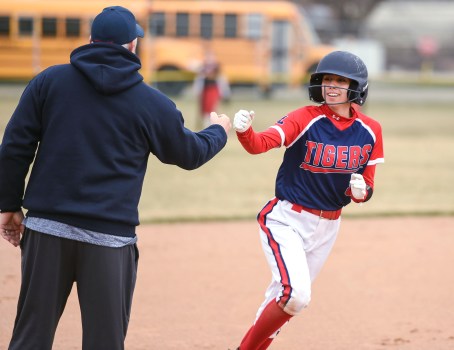 Albert Lea’s Myah Talamantes is congratulated as she rounds third base on a homerun against Austin Thursday in Austin. Eric Johnson/photodesk@austindailyherald.com 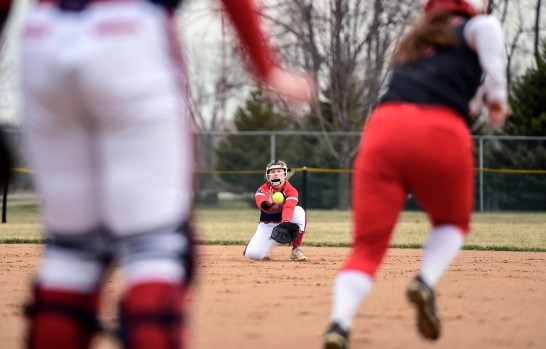 The Austin softball team showed some fight, but it ran out of time as it lost to Albert Lea 14-8 in five innings in a game that was shortened due to lightning in the area in Todd Park Thursday.

The Packers (0-6 overall) trailed 12-1 heading into the bottom of the fourth inning as the rain began to pour, but they bounced back by sending 12 batters to the plate in a seven-run rally. Maddie Herrick, who had a solo homer in the second inning, knocked in two runs with a single during the rally, Alia Retterath had a two run homer and Lucy Lagervall produced a two-run double.

“Last year, the same situation happened where we were rained out when we were really close to winning. This year, we really thought we could get them. We came really close and had a lot of good hits. It was a great game, if we didn’t get rained out, we would’ve had a chance,” Herrick said. “This one helped a lot. We know that Albert Lea is similar to us and they are beatable. Sometimes we got our heads in the dirt a little bit, but we came together and had a great rally.”

While the slow start ultimately doomed the Packers’ chances against AL, Austin head coach Lisa Lage was glad to see her team keep battling with their bats.

“Scoring seven runs in an inning for any team is a big feat,” Lage said. “That’s not something that we’ve done in the past. It was great to see them rally behind each other.”