No bite for Bulldogs 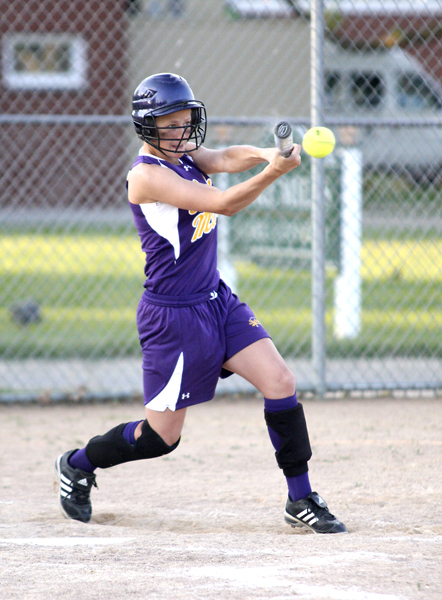 Carlie Christianson swings at a ball in the bottom of the seventh inning on Monday in Lake Mills. -- Brandi Hagen/Albert Lea Tribune 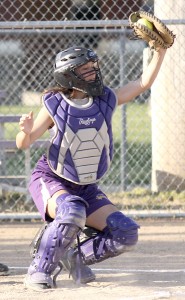 Bulldogs catcher grabs a ball in the top of the second on Monday as the team faced North Sentral Kossuth.

The Warriors slowly won the game by scoring in every inning except for in the second and seventh.

The Bulldogs at most had four girls up to bat before their innings were cut short by the Warriors.

The Bulldogs were able to keep North Sentral Kossuth from a seventh run in the top of the fourth when they threw a Warrior out while she was trying to steal home. 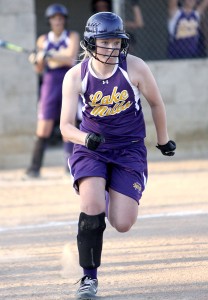 A Lake Mills softball player makes a run for first base in the bottom of the sixth on Monday. She hit a foul ball that was caught out.