A new look at soap

Makers of soap in Glenville have a new idea for their product: Put an image or saying in the middle of the soap.

And they say it has been a hit.

“Putting an image on the outside of the soap is easy,” said Tony Trow. “Putting it inside the soap is something else.” 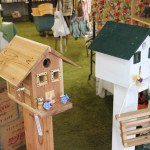 These birdhouses are made in Blooming Prairie and can be purchased at Minnes-Soy-Ta Nice Boutique in Glenville. 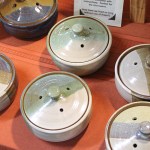 These pots are made in Hollandale. 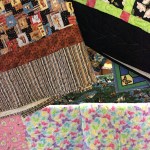 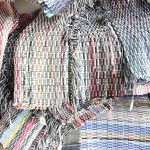 Rag rugs 40 years ago were in every household. Now they can be hard to find. They have them at Minne-Soy-Ta Nice Boutique in Glenville made by a couple from Myrtle. 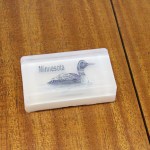 Images inside the soap, such as this loon, stay with the bar as it gets used. 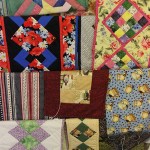 These table runners are made in Wells. 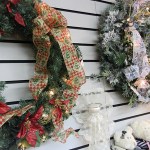 They say soap offers more in the way of creative ideas than soy candles. While soy offers a great product for burning a low-heat flame, it requires a container, like a glass jar.

Karen is the creative side for Soap Wizards, while Tony finds a way to make it happen. For instance, when he melts and pours the soap, he places a mold in the soap to make a shape, such as a teddy bear or a heart.

So Tony found a way to put an image inside the soap, and now they sell soap with images inside of dinosaurs, loons and sayings. Bible verses have sold well.

In 1997, Karen and their daughter wanted to start a soap-making business. They lived in Minnetonka. They looked into the traditional way of making soap, before discovering melt-and-pour soap. However, they discovered it was tricky to do, but the soaps they made they managed to sell and sell quite a lot. Their soaps were in stores all over. They soon got into the business of not only selling soap but selling the products to make melt-and-pour soap and — considering what they had to figure out on their own — helping customers figure out how to make the soap. They were one of the first homemade soap providers on the web.

Soon, they needed to expand and wanted to move closer to family in Albert Lea, but they couldn’t find a building big enough for their business needs. They were about to have one built. One day, in 2000, Tony drove through Glenville on the way to a cemetery for a burial ceremony and noticed a for-sale sign in the building at 120 E. Main St.

He inquired. It had been vacant for five years. It had more space than he wanted, but the price was right, so he bought it.

They started making their soap, and they had a neighbor who wanted to rent space in the business to make soy candles and a retail store. Two and a half years later, the candle shop closed, and people began inquiring about where to get the candles. The Trows got into the candle-making business. Three years ago, they opened the boutique to sell local crafts, their candles and, of course, some of their soaps.

They say sales at the boutique were slow at first but word got around and now people come from all over southern Minnesota and northern Iowa to see what they have. Tony said many customers get tired of the same stuff found at big stores, often made overseas, and are looking for local products with a personal touch.

And Karen said the craft makers like not having to sit by their stuff at craft shows all the time just to move their goods.

So while selling wholesale soap-making ingredients remain their largest source of income, the candles and the boutique have been good for attracting attention and added income at a time when their more and more competitors in the homemade soap business.