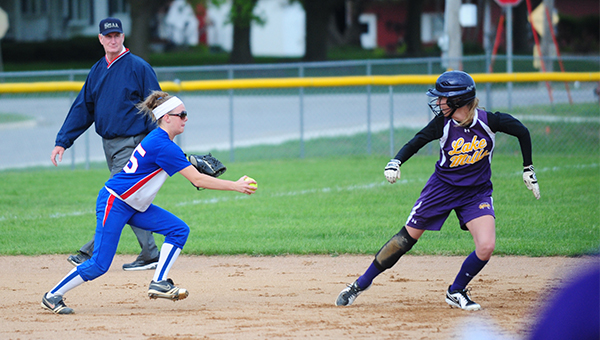 N-K loads bases in 7th with no outs, but L.M. defense holds

The Lake Mills softball team hung on for a 5-4 win over Northwood-Kensett Monday to give the Vikings their first loss of the season.

“It was a tight ballgame, but nice to come away with the win,” Lake Mills’ first-year head coach Rick Orban said. “It was a complete team effort.”

Northwood-Kensett took a one-run lead in the first inning, and Lake Mills knotted the score at one in the bottom of the second.

With two outs in the bottom of the third, Megan Johnson of Lake Mills hit a two-RBI double to give the Bulldogs their first lead of the game.

“That double was very important to us tonight,” coach Orban said.

The Vikings countered in the top of the fourth by scoring two runs to tie the game at three. With two outs, Northwood-Kensett’s Abigail Wahl drove in the first run of the inning on a double. Another double, this time by Katelyn Jaspers, allowed Wahl to score and tie the game.

The Vikings took the lead back in the top of the fifth with an RBI single by Hannah Hunchis.

However, Lake Mills rallied in the bottom of the sixth to account for the game’s fourth lead change. The Bulldogs got off to a great start in the sixth with runners on second and third and no outs. The runner at third scored on a sacrifice, and Ema Anderson drove in the go-ahead run on a fielding error.

Northwood-Kensett’s prospects to tie the game in the top of the seventh looked promising. The Vikings loaded the bases with no outs.

However, the Bulldogs’ defense held and made the final out of the game by tagging a runner at home.

“The team is staying positive, and we’re getting better defensively,” coach Orban said.

Emily Orban pitched the first four innings and Hailey Borgmeyer entered the game as a reliever.

“We’re young at the pitcher position,” coach Orban said. “Emily is a freshman and Hailey is an eighth grader. We’re trying to create some depth.”

With the win, Lake Mills is 4-4 overall and 2-1 in the North Iowa Conference.

After starting the season 6-0, Northwood-Kensett head coach Ethan Weiss said his club will bounce back.

“I think the girls will come back and be ready to play,” he said. “We just need to cut those errors out and play the ball that we’re capable of playing. We’ll be fine.”

Weiss said he was happy that his team had production throughout the lineup. Seven Vikings earned hits, and Northwood-Kensett out-hit Lake Mills nine to eight. Both teams had two errors. 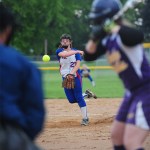 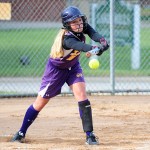 Emily Orban of Lake Mills lays down a bunt Thursday in a non-conference matchup against Northwood-Kensett. The Bulldogs won 5-4. — Micah Bader/Albert Lea Tribune 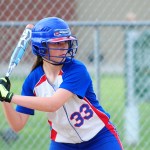 Chloe Breitsprecher of Northwood-Kensett keeps her eyes on the ball Thursday in a non-conference matchup against Lake Mills. The Bulldogs won 5-4. — Micah Bader/Albert Lea Tribune 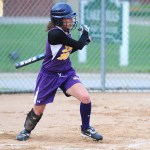 Randi Dilly of Lake Mills watches the ball fly through the air Thursday in a non-conference matchup against Northwood-Kensett. The Bulldogs won 5-4. — Micah Bader/Albert Lea Tribune 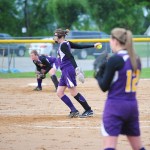 Hailey Borgmeyer of Lake Mills winds up to throw the ball Thursday in a non-conference matchup. The Bulldogs won 5-4. — Micah Bader/Albert Lea Tribune 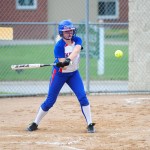