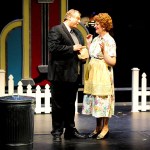 Marion Cunningham, played by Diane Heaney, makes sure her husband, Howard, played by Keith George, has his sack lunch before he leaves for work. –Brandi Hagen/Albert Lea Tribune 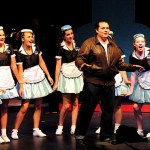 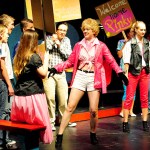 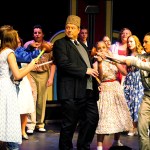 The teens in the Happy Days cast celebrate the efforts of Howard Cunningham to save Arnold’s restaurant. Cunningham was played by Keith George. 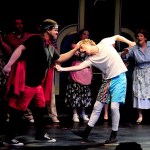 Count Malach played by Tony Segura and Richie Cunningham played by Andy Ehrhardt wrestle against each other in a fundraising effort to save Arnold’s restaurant. 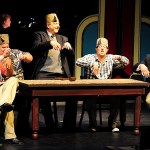 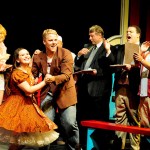 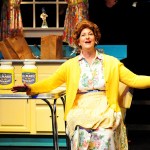 Marion Cunningham played by Diane Heaney sings about her dream of having a different life while sitting in her kitchen. 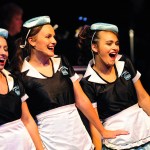 Kendal Ward, Kailie Drescher and Quinn Andersen are three of the carhops in the “Happy Days” play at the Marion Ross Performing Arts Center. 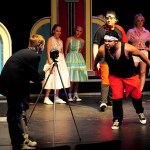 Jumpy Malach played by Sergio Salgado acts tough for the media during a scene of “Happy Days.” 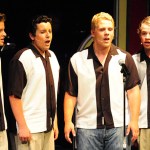 The Dial Tones sing together during a scene of “Happy Days” rehearsal on Monday. From left are Sam Ehrhardt, Travis Nemec, Lucas George and Andy Ehrhardt. 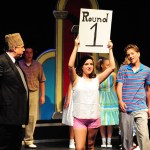 Joanie Cunningham played by Danielle Quinn holds up a sign to signal the first round of the wrestling match between the Malachies and The Fonz. 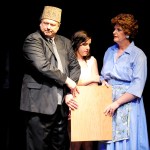 Howard and Marion Cunningham cover up their daughter, Joanie’s, outfit that they find inappropriate. The Cunningham’s were played by Keith George, Diane Heaney and Danielle Quinn. 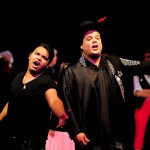 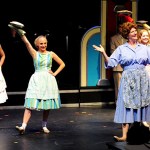 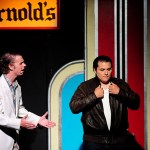 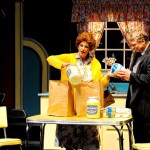 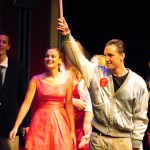 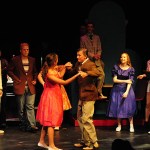 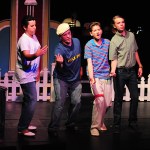 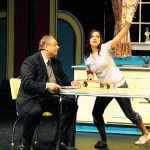