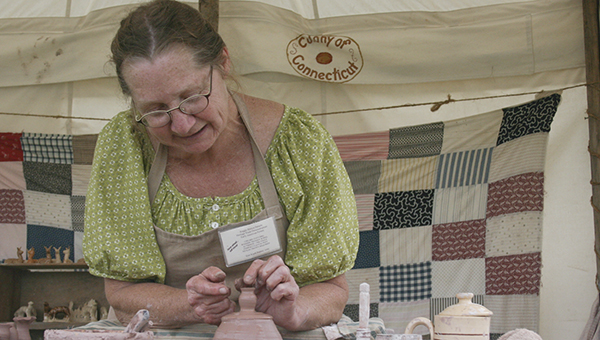 Reggie Delarm makes miniature pottery pieces in her tent at the Freeborn County Fair. She will be there all week selling her pieces and telling the history of pottery in the United States. –Kelli Lageson/Albert Lea Tribune

A pottery maker is just one of many historical presenters this year at the Freeborn County Fair.

Reggie Delarm, of Torrington, Conn., has a tent up at the fair this year where people can watch her use a wooden treadle to spin clay. She’s making miniature pieces since they don’t use so much clay or take up so much space, but watching the small jugs and bowls be made is still entertaining.

“The treadle wheel was popular in the 1800s,” Delarm said.

She can make between 50 and 100 miniature pieces each day, and they are for sale for $3 each. Delarm lets them dry then applies a glaze before drying them in a kiln. She enjoys seeing the finished pieces since glaze always looks different after its put in a kiln at 700 to 2,000 degrees.

“You don’t see what you have until it’s done,” Delarm said. “It’s kind of like Christmas.”

While she spins the pottery, she will talk to fair visitors about the history of pottery in the United States and other history like brick-making.

“We’ve been making bricks since 1627,” Delarm said. “Everyone used to need us tradesmen.”

“But you lose the crude, folksy look,” Delarm said.

The county fair will also see tradesmen showing off their abilities in tents just southeast of the Grandstand. There will also be a broom maker, a medicine show, a Ben Franklin impersonator and other features.

For historical features, the fair used funds from the County Fair Arts Access & Cultural Heritage Grant, which is part of the Clean Water, Land and Legacy Amendment. 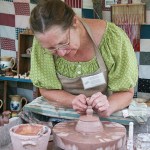 Reggie Delarm makes miniature pottery pieces in her tent at the Freeborn County Fair. She will be there all week selling her pieces and telling the history of pottery in the United States. 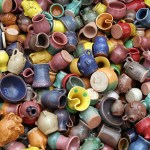 Miniature pottery pieces are for sale at Reggie Delarm’s tent at the Freeborn County Fair. 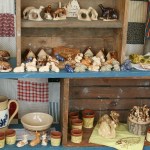 Pottery pieces sit atop shelves at Reggie Delarm’s tent at the Freeborn County Fair. Delarm’s pottery history is one of a handful of historical features at the fair this year. 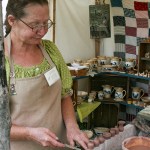 Reggie Delarm scoops a miniature jug onto her workbench where it can dry. Delarm is teaching Freeborn County Fair visitors all about pottery and its history.