Former resident of Albert Lea is inducted into Hall of Fame 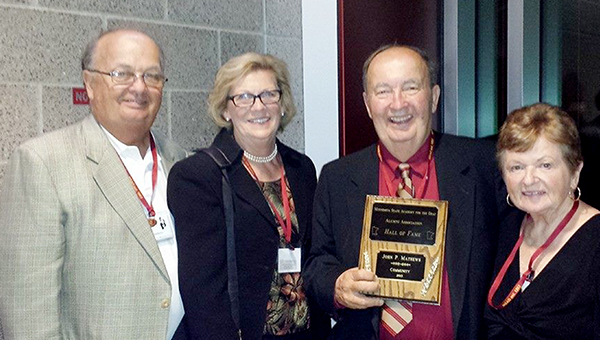 John Matthews, a former resident of Albert Lea, was inducted into the Hall of Fame Jan. 28 at the Minnesota State Academy for the Deaf during the school’s 150th anniversary in Faribault. He taught at MSAD for 31 years and was a physical education teacher for eight years and a printing teacher off 23 years. — Submitted