Gallery: Vikings hold on to top Panthers in OT 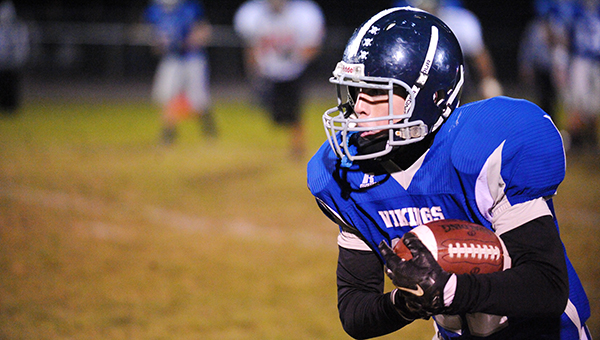 NORTHWOOD — At the end of regulation and in overtime, Northwood-Kensett’s resilient defense rose to the occasion Friday against Tripoli.

“I’m proud of our kids for getting a stop on that two-point conversion where (Tripoli) could’ve won the ballgame and for hanging in there in overtime and making three big defensive plays in a row,” said Vikings coach Dave Capitani.

The two-point conversion Capitani referred to happened with 40 seconds left in regulation. Tripoli erased a 14-point fourth-quarter deficit when Brayden Biermann found Dylan Biddle on an 11-yard touchdown pass to tie the game at 36. The Panthers went for two but were stopped short when Dawson Van Ryswyk strung the play out to the right sideline and made the tackle.

In overtime, Northwood-Kensett made another huge defensive stand. The Vikings took the ball first, and Coleby Bratrud scored a rushing touchdown but was stopped short on the two-point conversion.

The Panthers needed a touchdown and an extra point for a victory. Starting from the 10-yard line, a six-yard carry set them up with second-and-goal from the four yard line. Northwood-Kensett’s defense pushed Tripoli back for a short loss on the next play, and Casey Dahlby sacked Biermann on third down to create 4th-and-13.

Dahlby had a chance to give the Vikings the win with 4.6 seconds in regulation on a field goal attempt after the team drove to the Panthers’ nine-yard line. But he missed.

“It was good to get that sack to redeem myself,” he said. “I was pretty happy to get a stop for the team.”

The Vikings survived 42-36 after Dahlby’s takedown when Biermann’s pass on fourth-and-long fell incomplete.

Tripoli scored the first 14 points of the game and threatened to add to its lead but turned the ball over inside Northwood-Kensett’s 10-yard line. The Vikings responded by going on a 28-8 run through the third quarter.

Capitani said he made some changes to the offensive gameplan after the Panthers showed a new-look defense.

“It seems like whatever defense we see (in the game) isn’t what we saw on film,” he said. “We made some adjustments to see where they were overloading and tried to find some things that would work away from it.”

The win placed the Vikings in the driver’s seat for the No. 2 seed in the 8-Man District 3 standings. Of the eight teams in the district, the top four qualify for the state playoffs. 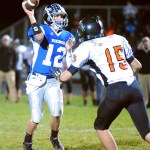 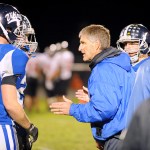 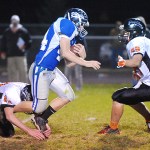 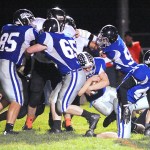 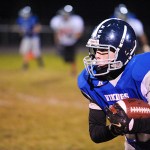 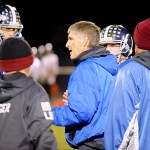 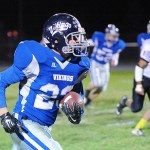 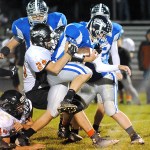