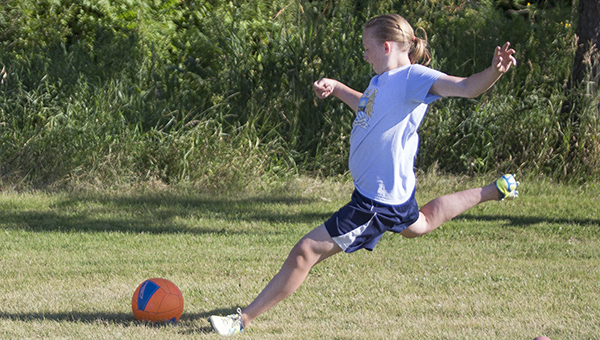 CLARKS GROVE — Foot golf is taking hold in the Midwest.

Clarks Grove Golf Course owner Mark Klatte started offering foot golf at his course around the first week of July. He said he got the idea from golfers at his course, who mentioned they played foot golf in Lakeville and said it was fun.

After a friend of Klatte said foot golf had also been successful at his golf course in Carlton and had paid for itself, Klatte said it was a done deal.

Implementing the game at Clarks Grove Golf Course created minimal overhead aside from its initial costs, Klatte said. He bought used cups and flags from Green Lea Golf Course, and said he then bought plastic flower pots large enough to fit soccer balls into that he cut the bottoms out of and anchored them into the ground with the cups in the center for the flags.

The nine holes involved in Klatte’s foot golf course were planned so people can play either golf or foot golf, and the games won’t interfere with each other.

During the first weekend of the game being offered at his course, Klatte said he had groups of six and 12 people come through the course to play. He said the game picked up momentum at the course ever since with an estimated 40 to 50 people having played the course so far.

The cost to play foot golf at Clarks Grove Golf Course is $5 for ages 16 and under, and $7 for adults. Players can bring their own soccer ball, or can rent one for $2.

Klatte thinks foot golf will bring in extra income that will help defray the money he put into fixing the golf course since he purchased it in 2001. He’s working on designing a website for both the golf course and the new game it’s offering.

According to Klatte, the number of people playing golf has gone down in recent years due to the game being too expensive for some, there being too many courses and the game itself taking too much time to play. He said foot golf can be played in an hour or less.

Klatte thinks foot golf originally started in Europe and South America, where soccer is extremely popular. He’s hoping the sport will steadily catch on in the U.S., similar to how disc golf has. 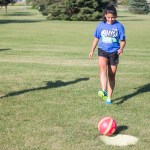 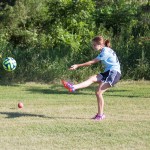 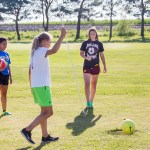 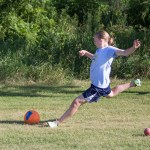