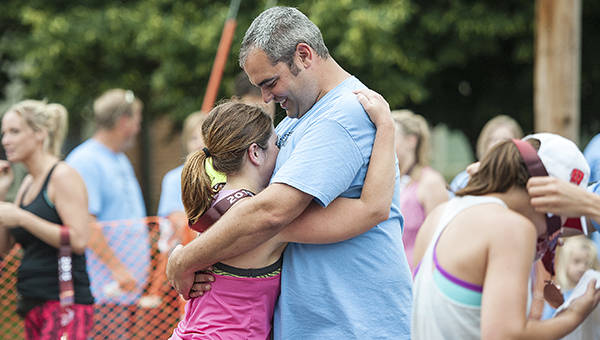 Josh Sorensen, who was April Sorensen’s husband, hugs Anna Skov, a participant in the April Sorensen Half Marathon, after she crossed the finish line and was awarded a medal Saturday in Hayward. — Micah Bader/Albert Lea Tribune

The eighth annual April Sorensen Half Marathon featured 86 individuals and 21 relay teams Saturday on a route from Albert Lea to Hayward.

“It’s a great workout and a lot of fun,” said Christopher George of Geneva, who took 30th place and plans to run in two more half marathons and a full marathon this summer.

The event honored April Sorensen, who was murdered in her home in Rochester on April 17, 2007. She was 27. Her killer has not been found.

April Sorensen’s husband, Josh Sorensen, was at the finish line to give a hug and medal to finishers.

“We continue to do this every year to keep her memory alive,” he said. “She was a strong-willed person, and she enjoyed running half marathons.”

Michael Kuhlman of St. Paul won the men’s division with a time of 1:18.48. His time was about 3 minutes faster than second-place finisher Patrick Johnson of Minneapolis.

Riley Schulz was one of 14 non-relay runners from Albert Lea who competed. She took 29th place with a time of 1:55.00. After competing in the half marathon twice on a relay team, Schulz said it was her first time running as an individual.

“My goal was to get under two (hours), so I was pretty happy with that,” she said.

Schulz ran distance events as a senior for Albert Lea High School’s track and field team last spring and said she plans to attend the University of Minnesota next year without participating in sports.

The race was chip-timed and one of nine events Saturday during Hayward Days, which continued on Sunday.

“We appreciate all the runners’ participation and the support from the community from volunteering to sponsorships to just coming out to cheer runners on,” Josh Sorensen said. “We’re happy to have the community involvement and that we can do our part to help celebrate Hayward Days as well.” 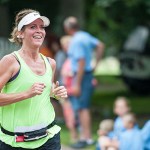 Wende Taylor of Albert Lea runs Saturday toward the finish line of the April Sorensen Half Marathon in Hayward. — Micah Bader/Albert Lea Tribune 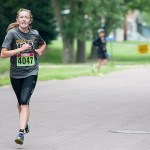 The annual Hayward Days celebration will take place Saturday and Sunday in Hayward. This year will be the 10th annual and final April Sorensen Half Marathon hosted by the city of Hayward. – Tribune file photo 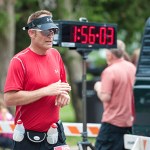 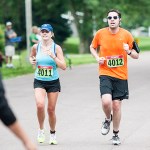 Billy and Betsy Doherty of Minneapolis run Saturday toward the finish line of the April Sorensen Half Marathon in Hayward. — Micah Bader/Albert Lea Tribune 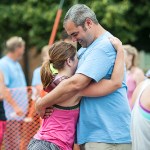 Josh Sorensen, who was April Sorensen’s husband, hugs Anna Skov, a participant in the April Sorensen Half Marathon, after she crossed the finish line and was awarded a medal Saturday in Hayward. — Micah Bader/Albert Lea Tribune