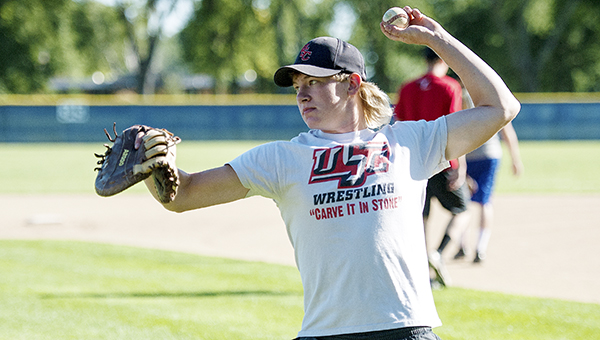 WELLS — After earning the district crown, the Wells Legion Post 210 baseball team qualified for state for the second time in five years.

“It’s exciting for the community, for the kids and for our Legion,” said Wells coach Pat Frank.

Wells (15-7 overall) will continue its road to the Region 6 tournament and Legion World Series during pool play at state. Post 210 will play Jordan at 1 p.m. today and Giant Valley at 3:15 p.m. today at Babe Ruth Field in Morris.

“We’re just hoping to play good ball,” said Colin Wegner, who started behind the dish for Wells in each postseason game. “If we continue to throw strikes, play good defense and get timely hits, we should be all right.”

Cody Latusek and Trevor Stencel propelled Post 210 through district play from the mound. Wegner developed chemistry with both teammates over the course of multiple spring and summer seasons.

“I’ve been catching for Latusek my whole life basically and for Trevor these last couple of years,” Wegner said. “We kind of know what each other is thinking. It’s a blast to catch for them.”

Although Wells began the postseason with a subdistrict loss against Truman, Post 210 won three games in the consolation bracket to qualify for the title game. Despite falling in the subdistrict championship to St. James, both teams qualified for the district tournament.

At the district tournament, Wells found its groove. The team went 3-0 before it faced St. James in a rematch. St. James scored two runs in the top of the 10th to take a 6-4 lead, but Post 210 tied the game and Grant Becher drove in Cody Latusek and Matt Harpestad for the win, Frank said.

The USC high school team started 3-6 but won nine of its next 10 games to end the regular season. Frank said the Legion team looked to build off that momentum.

“We got on a roll at the end of the season for schoolball, and the first part of summerball is tough with vacations and camps,” he said. “But when the playoffs start, these kids are ready to go.”

If Post 210 can win the state tournament, the team will advance to the Region 6 tournament with the top teams from Iowa, Nebraska, North Dakota and South Dakota. The Legion World Series will feature the winners from the eight regions.

Frank said he hopes his players work hard and enjoy the ride.

“It’s a good atmosphere for the kids,” he said. “It’s not all about playing ball right now. It’s about going up, spending time with your buddies and having a good time.” 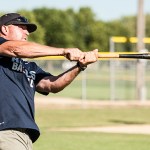 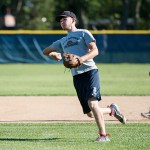 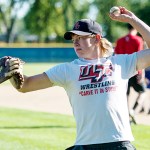