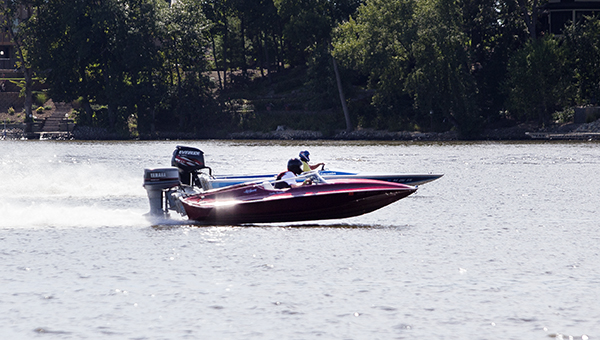 Six boat classes, ranging from speeds of 60 to 120 mph raced each other during the 1,000-foot drag-racing event.

UMPBA President Scott Kalash said there were about 30 boats that raced, most of which were from Minnesota, Iowa, Wisconsin, Illinois and Nebraska. He said that there are sometimes participants from both North and South Dakota, but that they haven’t competed in the most recent races.

Kalash said participation in the event is not limited to UMPBA members. Anyone who meets the safety requirements and has a boat that fits into one of the classes can compete.

According to Kalash, most of the drivers who participate in the show drive outboard boats, with some others being jet drives or V-drives. He said a lot of people tend to like the V-drives — as their car-like engines make for some loud noise during the races — and the jet drives — which tend to make waves and splash more water. Either way, Kalash said all of the boats that enter make for a good show.

About 50 spectators watched from the newer pavilion and beach area Saturday, cheering louder and louder to compete with the sound of the boats. The event was free for spectators, and food and other concessions were for sale. 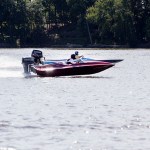 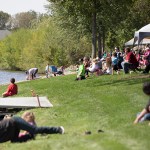 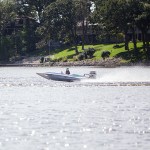 The Upper Midwest Power Boat Association had its drag racing event for the fourth year in a row Saturday on Edgewater Bay. —Colleen Harrison/Albert Lea Tribune