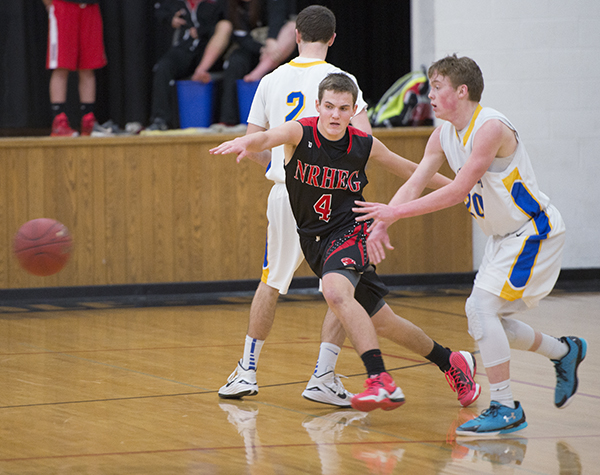 The NRHEG boys’ basketball team started out with a 10-point lead, but in the end was defeated by Hayfield 75-69 Saturday in New Richland.

After their early lead was eclipsed, the Panthers (8-5, 3-1 Gopher Conference) and the Vikings (6-6, 2-4 Hiawatha Valley League) were neck-in-neck throughout the first half. At halftime, the game was tied at 23.

“I thought that we had a chance to get out ahead early in the first half,” said NRHEG coach Pat Churchill. “Hayfield did a nice job of executing and hitting some shots in the first half that allowed them back in the game.”

After the half the game stayed close, but NRHEG couldn’t get within five points of its opponents the rest of the night. The Panthers put up 46 points in the second half to the Vikings’ 52.

“The second half was close and Hayfield took a five-point lead with eight or nine minutes,” Churchill said. “We were trying to speed up the game with some traps, but they hit some big shots and we could not get any closer than five the rest of the way.”

Next, the Panthers play at 7:15 p.m. Thursday at Waterville-Elysian-Morristown in a conference matchup. The Buccaneers (9-2, 3-0 Gopher Conference) are coming off of a 75-56 win over Stewartville Dec. 30. 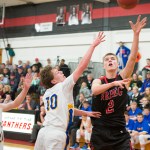 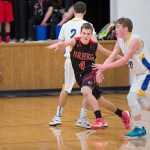 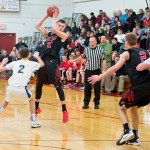