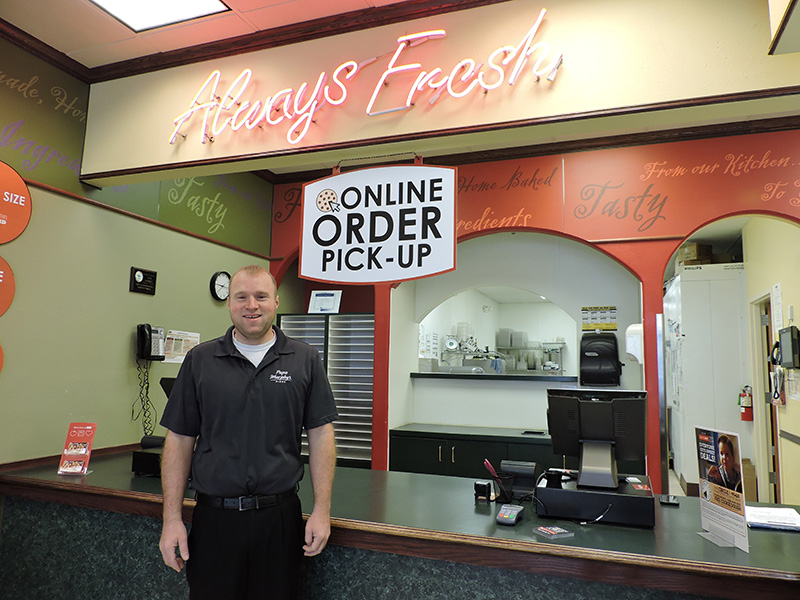 Papa Murphy’s leader says he is pleased with city

After looking at about 20 different homes in the area, Papa Murphy’s Area Manager Travis Alitz and his family decided to purchase a home in Albert Lea in December.

“We were looking in Austin, and I don’t know, something about Albert Lea just felt more like home,” Alitz said. “Every time we saw a house here in town we just loved the atmosphere.”

Alitz is the area manager for the local Papa Murphy’s location, as well as the locations in Owatonna, Austin and his hometown of Mason City.

“I was one of the first employees he hired from Mason City,” Alitz said of Mike Cooper, the owner of the stores he now manages.

That was 16 years ago. In the time between then and now, the pair would co-own five Papa Murphy’s locations in Des Moines, which the duo sold about six months ago.

After selling the Des Moines locations, Alitz said Cooper invited him to come to the area to help run these locations. Alitz started by moving his parents to Austin. Alitz and his family then stayed with them during the process of looking for a home of their own in the area.

He said Albert Lea seemed cleaner, friendlier and safer than other communities he and his girlfriend, Jessica Mathews, had scouted for houses.

He has witnessed the friendliness of Albert Leans in both professional and personal ways.

Alitz said the customers of the store are friendly, and he enjoys seeing how many of his staff are on a first-name basis with their customers, and vice versa.

He also noted the kindness that was displayed by people after the store’s walk-in cooler broke down in December. Alitz said the typical protocol for such a situation would be to load the ingredients into a truck to be kept at another location while the problem was fixed. While he wondered how much space he’d have to clear out for everything to fit in his vehicle, his employees told them they had already remedied the issue.

According to Alitz, all it took was a couple quick phone calls to a few of the neighborhood businesses. Within minutes they had permission to temporarily use the coolers at the nearby liquor store and gas station. He explained that he offered both locations compensation, but the businesses didn’t find it necessary.

“It was all about people helping people, neighbor helping neighbor,” Alitz said.

Ultimately, that was the kind of atmosphere Alitz and Mathews wanted to raise their children in. Three of their children are school-age and have already started classes in Albert Lea. Each of the children attend different schools, but Alitz said they all love it and have described their teachers and classmates as nice and friendly.

Alitz and his family are looking forward to settling into their new home and becoming more active in the community. He also plans to continue to maintain the local franchise’s five-star standard, which is the highest level a store can achieve.

“We’re really excited,” he said about the new chapter his family is starting with their move to Albert Lea. 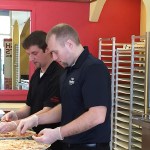 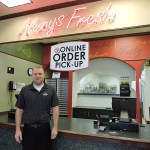