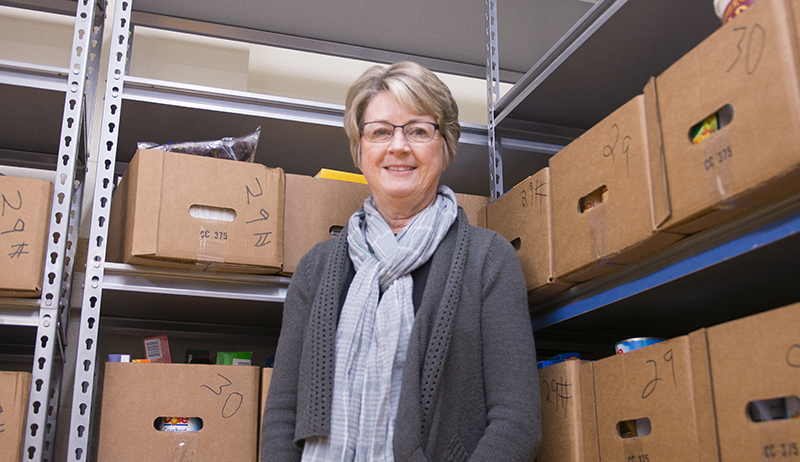 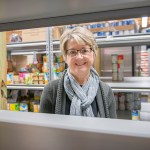 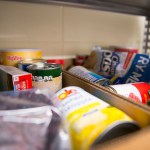 Vanderploeg volunteers for the Albert Lea Salvation Army’s food pantry once a week, in addition to being the board’s chairwoman. – Colleen Harrison/Albert Lea Tribune 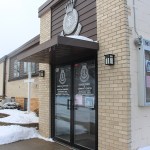 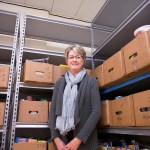 Five years ago, Karen Vanderploeg of Hollandale received what she described as a random phone call.

Vanderploeg had just retired, and she said she was looking for a way to give back to  the community and to God.

“That call was really timely,” she said.

On the other end of the phone was Albert Lea Salvation Army Advisory Board member Jan Jerdee, and Jerdee invited Vanderplog to be a part of the board.

Vanderploeg agreed, and in the years since has become chairwoman of the board, developing a passion for lifting up families in need in the community.

In addition to her duties on the board, she volunteers weekly at the Salvation Army food shelf, handing out food to needy families in the area.

“That’s been my passion, working on the food shelf,” she said. “I love working there.”

Clients begin the process of getting help with food by talking to a social worker.

After this, the clients walk down to the food shelf, where she and other volunteers give each family a box of about 30 pounds of prepackaged dry items, along with about 15 to 20 pounds of various fresh produce and other refrigerated items, depending on the size of the family and the donations. Larger families get more food. On top of that, people can get free bread everyday.

On average, she said, she sees an average of 25 to 30 clients on a given afternoon she volunteers.

“I think it’s my way of giving back to the community,” Vanderploeg said. “I see a real need. There’s a lot of poverty — a lot of real needs in our county.”

She has been amazed to see God provide for the food shelf. Local businesses that give include Walmart, Kwik Trip, Hy-Vee, Marketplace Foods, Erbert & Gerbert’s and Pizza Ranch. During the summer months, people also bring in extra produce to give away.

She said she would love to get a new food shelf because the present location is hard for clients to use with the steps.

In addition to the advisory board and food shelf efforts, Vanderploeg said she loves to plan the annual community Thanksgiving meal that usually more than 400 people attend.

She said it is one of her goals to get all of the food donated for the dinner or at least enough money raised so that the organization does not have to use any of its own funds for the meal.

In addition to her role with the Salvation Army, Vanderploeg said she helps organize a year-round food drive at Hollandale Christian Reformed Church. Each month the church members bring in a different food item, and the items get donated.

She enjoys spending time with her grandchildren, going camping with her husband and refurbishing furniture. She said she loves to shop at the Salvation Army’s thrift store and encouraged others to do so as well.

Vanderploeg has lived in the Hollandale area her whole life.

45 – Years Karen and Dave Vanderploeg will be married this summer