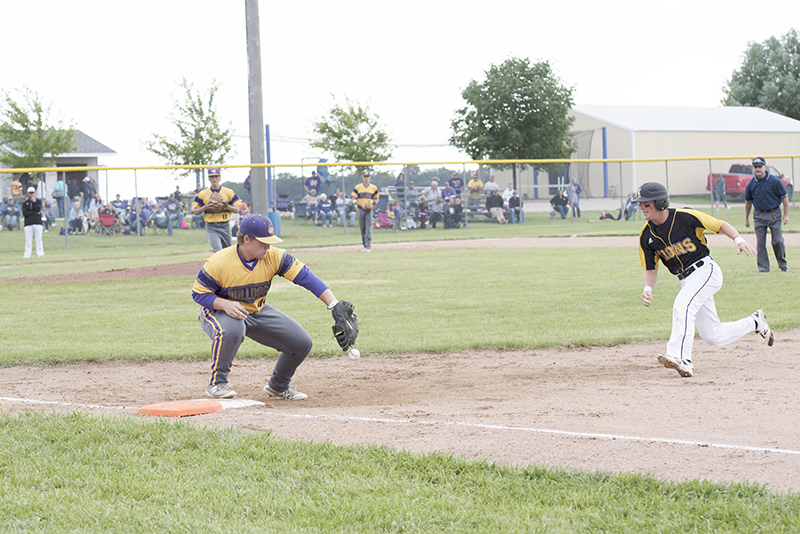 Lake Mills first baseman Zach Throne has a little difficulty handling a throw in Thursday’s game against Clear Lake. Throne didn’t have as much difficulty at the plate, going 1-2 with two walks and a run scored. Lory Groe/ For the Albert Lea Tribune

Playing their fourth game in as many days, the Lake Mills Bulldogs were looking to keep their week of perfection going when the Clear Lake Lions came to town Thursday night.

The Lions struck first,and then kept the Bulldogs’ offense  — which had scored 23 runs over their last three games —  in check on their way to an 11-2 victory.

But that would be all the Bulldogs could muster on a chilly night.

The Lions added two runs each in the fifth and sixth inning to take a 6-2 lead, then they poured on five runs in the top of the seventh.

Alex Martinson got the start for the Bulldogs, but he lasted just three innings, allowed two runs (one earned) and walked five. 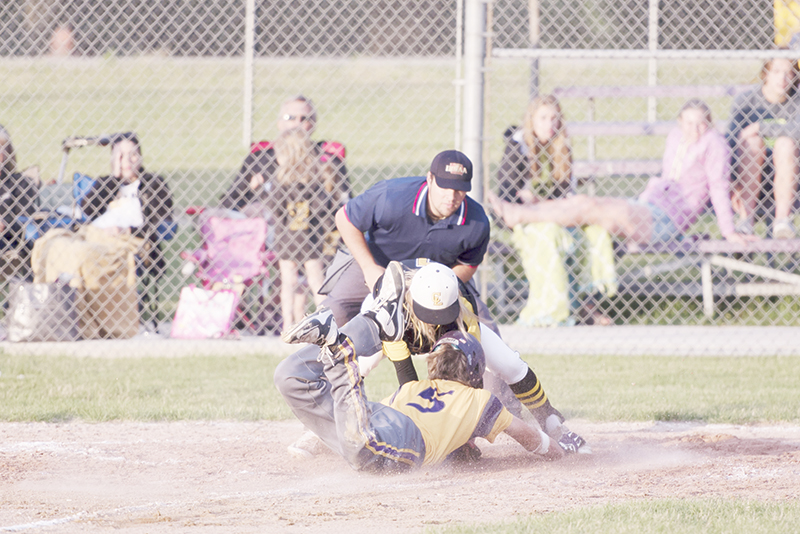 Lake Mills’ Luke Groe does his best to beat the tag at home plate, but was thrown out during Thursday’s game against Clear Lake.

The Bulldogs pitching staff walked 13 batters and struck out zero.

On offense, the Bulldogs pounded out eight hits, and got an RBI each from Charlie Dugger and Grant Boehmer.

The Bulldogs will close out their long week tonight when they host Garner-Hayfield/Ventura.