Wells plant is up and running again 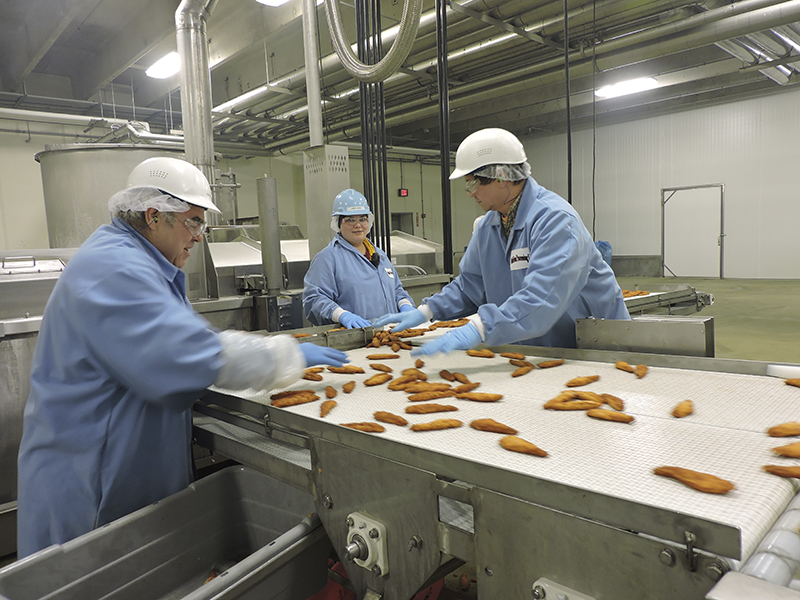 Employees at Wells Food Processing work to ensure that broken or sub-par products are removed from the line. -Kelly Wassenberg/Albert Lea Tribune 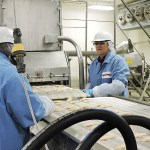 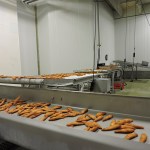 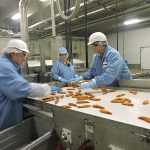 Employees at Wells Food Processing work to ensure that broken or sub-par products are removed from the line. -Kelly Wassenberg/Albert Lea Tribune

WELLS — When a foreclosure sign was hung at Singleteary Food Solutions in February 2014, many in the Wells community were left wondering what would happen to the site. In October, the facility was finally reopened as Wells Food Processing.

As the CEO of holding company North Central Equity, Elam Baer typically focuses his energy on acquiring struggling businesses, works to remedy issues and keeps the properties in a long-term hold. In the case of Wells Food Processing, reopening the facility was a bit different.

“There wasn’t a business there to buy, so this was a complete start-up,” Baer said. “There were no customers or employees. We were buying a building and equipment.”

Baer’s company felt the site was worth the extra effort.

“Our assessment was that one, there was an available workforce; two, it is in an area of the state that has other meat processing plants; and three — on a more opportunistic note — this building had been used for meat processing and the meat processing equipment was in the building.”

Reopening still had it’s challenges though. Baer said they had plumbers, electricians and carpenters working on the facility for months.

“It was a fair amount of work put in there, but the building and the equipment were still very helpful to us,” he said.

Another factor that drove North Central Equity to consider the Wells area was the people.

According to Baer, the workforce in the area have worked in the industry before and are part of a rural community.

“We like the rural work ethic as opposed to the urban work ethic, so when possible we like to get businesses that are situated in rural areas,” Baer said.

The company now operates as a co-packer. A co-packer is someone who accommodates another company’s overflow needs. The companies give the co-packer all the recipes and protocols needed to make a product, and it is then done at that facility. In this case, Wells Food Processing primarily makes chicken strips and chicken nuggets.

“We may eventually start producing some proprietary products, but it’s not part of our core business plan,” he said.

“We make very good products for very good companies,” Van Wyngarden said. “We’re being selective on the companies that we work with because we’re looking at long-term relationships. We’re looking at the slow steady progress.”

Currently, he manages about 40 employees, but that could change in the future.

“One nice thing with this footprint is as we grow and earn that business from the customers we’re partners with, we have lots of space, which means lots of opportunity,” he said.

Van Wyngarden accepted the position with Wells Foods after working with Cargill for over 21 years.

“I got to a point in my career that I worked for a very large company,and I missed working for a smaller company,” he said. “I missed not knowing the employees. I missed  the opportunity to build something versus maintain something. And I missed the Midwest.”

In addition to wanting to grow the business, Van Wyngarden said he thinks it is important to be a good corporate citizen.

“We want to be a destination employer that people can come and say, ‘Good, I’m done. This is where I’m going to stay,’” he said.

Wells city officials wish ed them the best in their endeavor.

“The city is very excited with the progress WFP has made in such a short time, and we are hoping their progress continues on the path they are currently on for many years to come,” said Wells City Administrator Robin Leslie.

Wells Mayor Ron Gaines said he does not doubt the company will benefit the community, noting he hopes the plant is able to expand and hire more workers in the future.

In 2004 the facility was used by ConAgra and employed over 200 workers. Both city officials and Wells residents were hopeful that businessman Stephen Singleteary would be able to revive the plant. Many upgrades were made to the facility, and a couple dozen employees were hired, only to be laid off a few months later. The facility was later foreclosed on in February 2014 before it was purchased by North Central Equity in January 2015.

2 – shifts run at the facility

15 – Customers who have worked with Wells Food Processing since opening