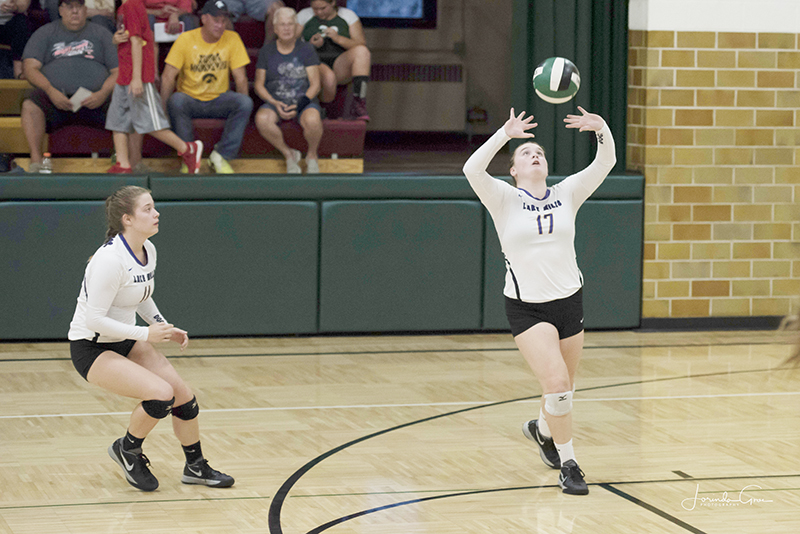 Lake Mills defensive specialist Sydney Dahl sets a pass in front of Robyn Bowman during a set against North Union Tuesday night. Dahl and the Bulldogs extended their record to 22-0 on the season and are now 50-0 in sets. Lory Groe/For the Albert Lea Tribune

It has been a season of perfection so far for the Lake Mills volleyball team.

The Bulldogs have set to lose a match or set all season.

“We played three poor sets tonight,” said Bulldogs coach Jim Boehmer. “Give credit to (North Union), they were fired up for its homecoming week. We struggled with passing the ball on the serve and on defense.”

The Bulldogs had 37 kills on the night for an efficency of .116, their lowest of the season.

“At times, everyone showed how great they can be,” Boehmer said. “But we lacked any consistency and never seemed to have our swagger.”

“We have yet to lose a set in 50 sets, but we want our kids to improve every day,” Boehmer said. “That is a coach’s dream, so we will get into the gym and work on getting better. This group makes that part of the job very fun.

Lake Mills will be back in action Saturday in a tournament in Algona.

Start time is scheduled for 9 a.m.