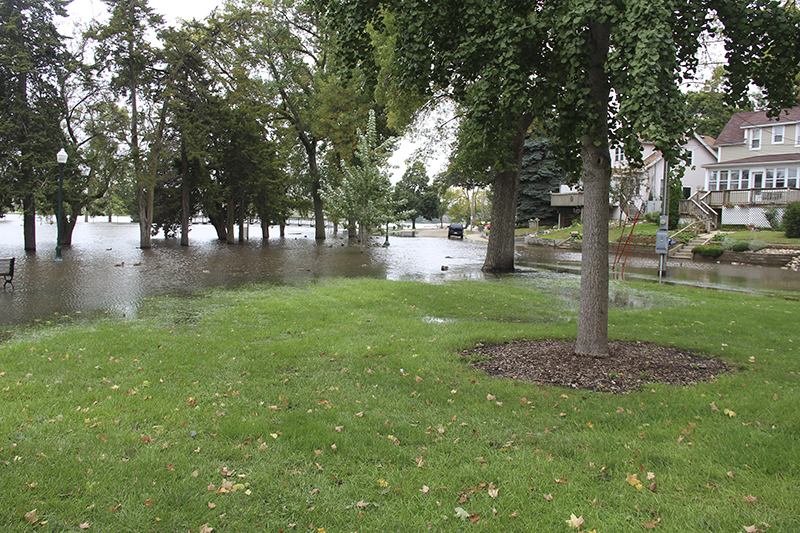 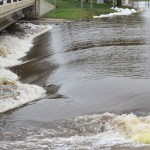 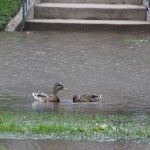 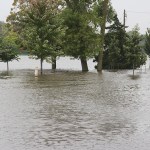 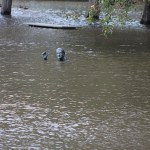 The mermaid at New Denmark has water up to her face as Fountain Lake levels have risen over the last two days. Sarah Stultz/Albert Lea Tribune 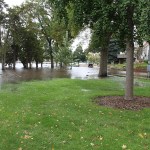 Several Albert Lea roads were closed Friday after torrential rain brought flooding to the city and the surrounding area Thursday.

Provided no additional rainfall is received, the other sections on the list should reopen sooner, said Albert Lea Engineer Steven Jahnke.

He said water levels are at record levels.

U.S. Rep. Tim Walz, DFL-Minnesota, was given a tour of the area by local officials Friday.

He thanked the professionalism of law enforcement and first responders in ensuring infrastructure is protected.

Flood mitigation measures, such as culvert installations, have lessened the flood’s effects on the area compared to the 2007 and 2010 floods, Walz said.

Federal funding will depend on a statewide damage estimate, Walz said.

Following the tour, Walz traveled to Owatonna to assess damage.

The Albert Lea Transfer Station at the intersection of Highway 101 and Freeborn County Road 20 will be open from 9 a.m. to 4 p.m. today.

County officials advise residents who have experienced flood-related damage to call 507-373-3965 or email jody.larson@co.freeborn.mn.us. Anyone calling is advised to provide a name, address, phone number, number of occupants in the home, items damaged and their approximate value. Anyone who needs flood cleanup or well-testing kits, is advised to contact the number.