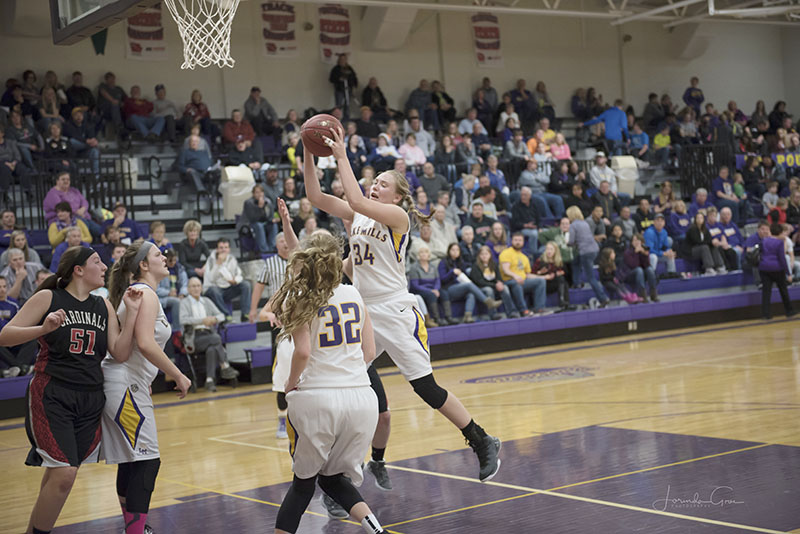 The Lake Mills girls’ basketball team had three players score in double-figures on its way to its sixth victory of the season with a 77-60 victory Monday night over Garner-Hayfield-Venutra.

Laura Knudtson led the way with 29 points, and Jewell Gasteiger scored 18 and Teah Kesler put in 14 for the Bulldogs who used a 26-point second quarter to build a 12-point lead at halftime.

“We didn’t come out terribly sharp on offense,” Bulldogs coach Thad Evans said. “But we started to move the ball around a lot better once the game got going.”

Lake Mills will play tonight in Armstrong against North Union.