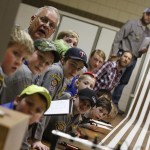 Hollandale Christian School was the venue for the annual Cadet Pinewood Derby races. The Cadets meet weekly from Nov. 8 to April 4 at the school for Bible lessons and various projects. The Pinewood Derby cars are judged in two categories, speed and appearance. There is also an open class that adults and community members can enter. – Provided 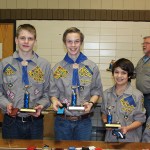 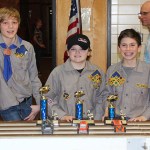 1 arrested for drunken driving and other reports