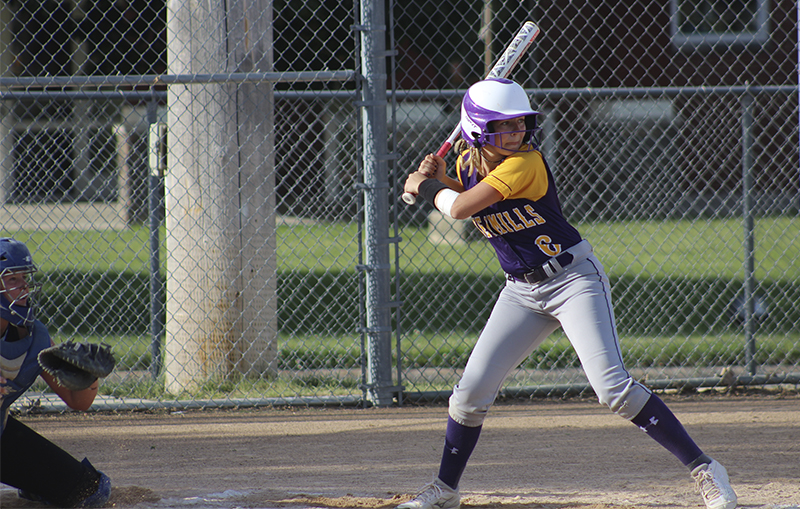 LAKE MILLS — One inning was all it took for the Lake Mills softball team to distance itself from North Iowa on Wednesday evening.

The Bulldogs sent 14 batters to the plate in the second inning, coming away with nine runs and collecting seven hits as they won 14-2 in three innings.

The second inning started with a double by Mallory Wilhelm. She would come around to score on an error.

Hannah Hanson and Audrey Casperson each had RBI singles.

After a single by Jessa Gasteiger, Faith Cox drove in Casperson and Gasteiger with a single to make it 5-0.

Later in the inning and with the bases loaded, Wilhelm smacked a double to right center to make it 8-0.

Down 9-0, North Iowa tried its best to get back into the game.

But that would be all she would allow.

In the bottom of the third, Lake Mills would get five straight singles, and the game-ending run would be walked in.

The Bulldogs managed 15 hits in the rout.

Lake Mills is now 5-5 on the season and will be in Forest City on Friday. 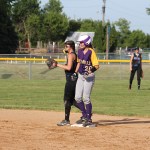 Lake Mills’ Mallory Wilhelm stands on second base after her three-run double in the second inning. – Tyler Julson/Albert Lea Tribune 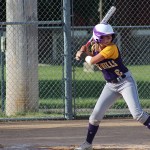 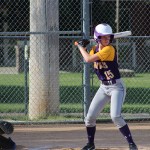 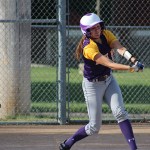