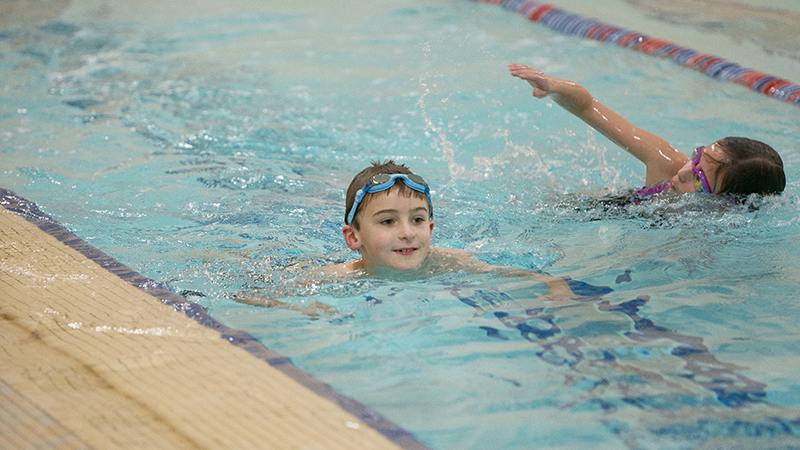 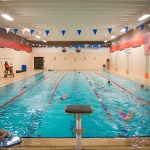 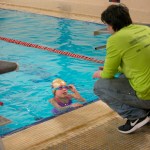 The Albert Lea Family Y breaks swimmers up into two different groups for the Tigersharks swim team — one group of younger or newer swimmers, and one for more experienced swimmers. Colleen Harrison/Albert Lea Tribune 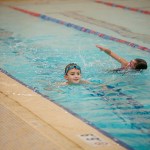 Implemented and planned changes mean there’s something in the water at the Albert Lea Family Y.

That something includes children involved in the Y’s swimming program, which youth, fitness and aquatics Director David Cheeks said is more transparent for parents and easier to understand for instructors after a national revamp in 2017.

“The goal would be to get every sixth-grader through swim lessons in the community,” Dieser said.

It is an extension of the health and wellness incentive for middle school students that offers fifth-, sixth- and seventh-graders free Y memberships.

In addition, Dieser said he is hoping to convert a racquetball court into an extra room specifically for youth in this age range to further expand the program.

“We’re here to serve the community,” Dieser said of the Y programs.

Youth development is one of the pillars the Y has established as an area in which to do that. Cheeks said he sees their summer and sports programming as a way the Y is serving community children in that regard.

For instance, the achievement gap in school is affected by education during the summertime, Cheeks said.

“That’s how other kids get ahead,” Cheeks said. With the Y’s programming, that access may be changed.

It also shows in the way the Y goes about sports programming for children, placing an emphasis on values over activity.

“The big one is perseverance,” Cheeks said.

Another foundational aspect of the Y is encouraging healthy living, which Cheeks said the Y is working on with its free diabetes prevention program.

The Albert Lea Family Y is one of close to 200 YMCAs nationally that runs this program.

However, Dieser said although the Albert Lea Family Y is equipped to run it, it has been a challenge to garner interest in the program.

The organization’s Livestrong project, though, has finished two years with lots of positive feedback from the community, Dieser said. Cheeks said the Livestrong program offers exercise and support to those going through cancer treatment.

“Really, it’s a chance to get them engaged with other cancer survivors,” Dieser said.

These connections are part of what Dieser and Cheeks both see as the wider scope of the Y.

“Some people think we’re a health club, and we’re not,” he said. One of the challenges for the Y is making people aware of what that means.

What Cheeks said he sees is a place for exercise, yes, but also community, meeting friends, for belonging, to keep out of trouble and to learn new skills.

“We feel that collaboration and working together is the best way,” he said.

2 – years to Y has operated the Livestrong program