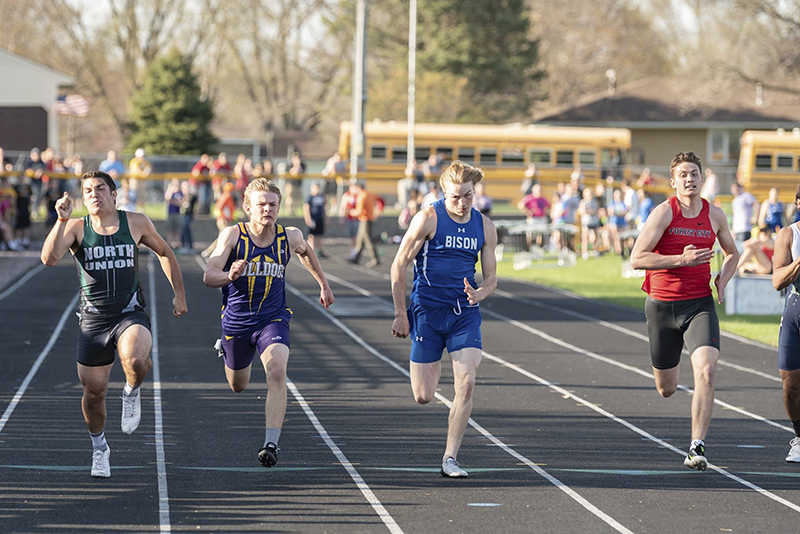 Lake Mills sophomore Logan Prescott finishes in second place in the 100-meter dash with a time of 11.89. - Provided

Nine teams showed up to battle and claim the top spot in the conference. Forest City came out the victors on both the girls’ and boys’ side of competition. The Lake Mills boys’ finished in second place, just nine points behind Forest City.

Senior Grant Fjelstad finished first in the 110-meter high hurdles with a time of 15.18. Senior Alex Albert also competed in the event, taking third place with a time of 16.37. Senior Gabe Irons also took home a first-place medal with a throw of 150-2 in the discus. 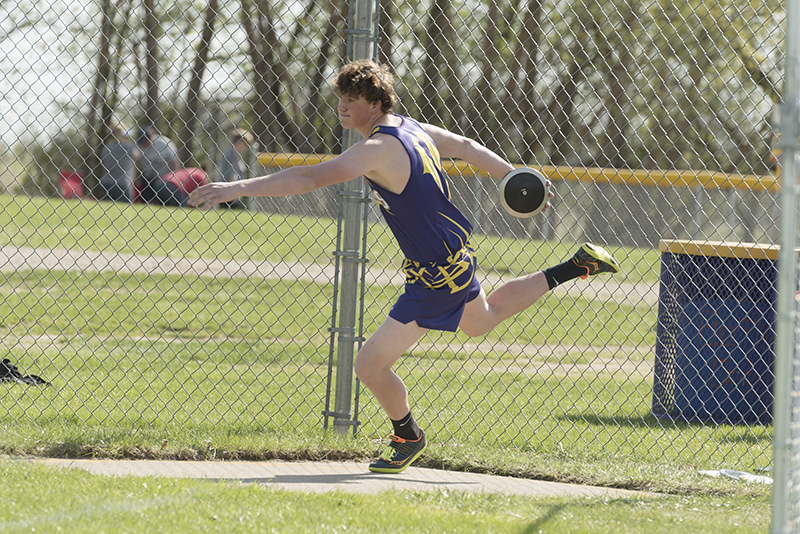 Other top finishers for the Bulldogs included sophomore Logan Prescott, who finished second in the 100-meter dash with a time of 11.89; and Carson Rygh finished the 3200-meter run in 10:38.48, taking second place.

The girls’ team finished a little further down in the standings in fourth place. However, the girls’ Bulldogs still had a handful of individuals and relays finish in the top spots. 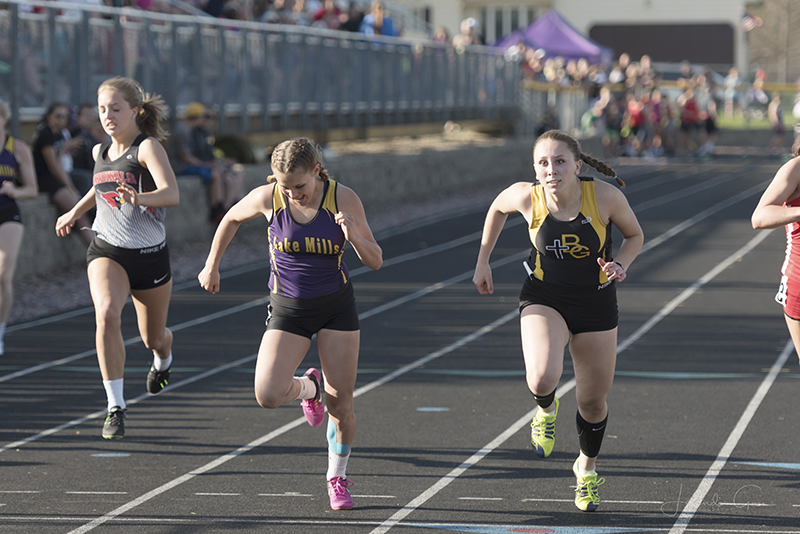 The 4×100-meter relay was the only team to get a first place finish for the Bulldogs. The team consisted of juniors Breanna Mary and Lyv Arispe, senior Dana Baumann and sophomore Megan Groe; they finished with a time of 54.32. Arispe also finished second in the 100-meter dash with a time of 13.47.

The Bulldogs then had three events finish in third place. Groe took third with a time of 1:06.21 in the 400-meter dash and senior Lauren Scholbrock came in third in the shot put with a throw of 32-1.

Both the boys’ and girls’ teams will be back in action Thursday, when they travel to Osage to take part in the district meet and find out who will go to the state meet in Des Moines. 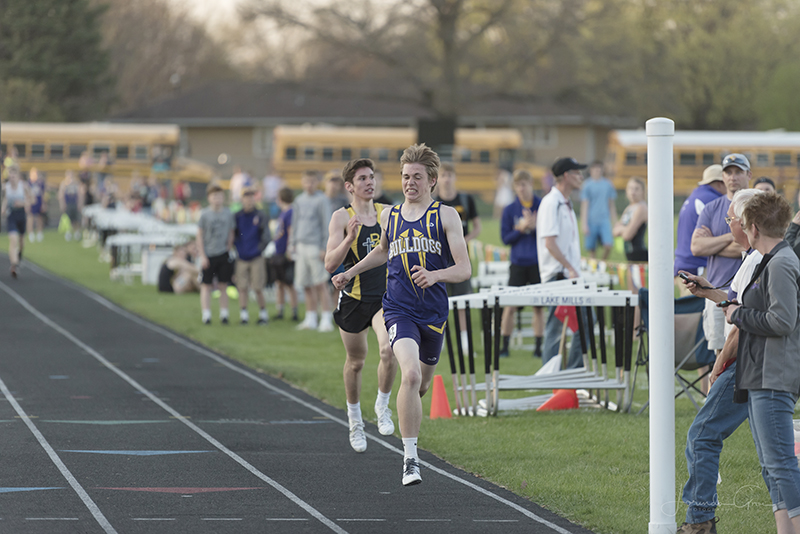