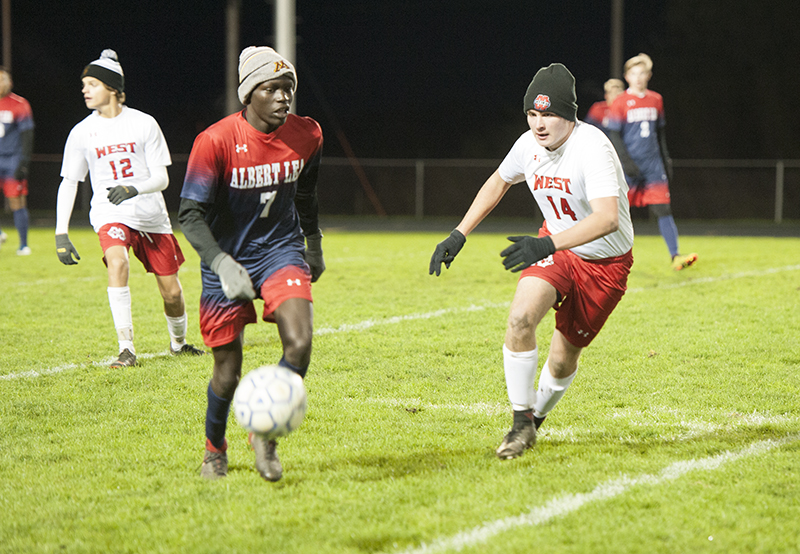 The Albert Lea boys’ soccer team hosted Mankato West Thursday night in its first match of the Section 2A tournament.

Despite the Scarlets getting multiple good looks at the goal early in the match, the Tigers pulled out the victory with a goal in each half to win 2-0 and advance to the quarterfinal round.

Albert Lea seemed to take control of the match early, playing a majority of the opening minutes on Mankato West’s side of the field. A few shots from Albert Lea would miss their mark, however, leaving the match scoreless through the first 15 minutes.

The Scarlets would take control of the ball around the 25-minute mark, getting off a handful of decent shots — two of which came dangerously close to finding the back of the net. The first near miss came when a Scarlets attacker split two Tigers defenders and hit a shot that rang off the crossbar. Just five minutes later, the Scarlets took another shot that sailed just high of the goal and hit the crossbar again. 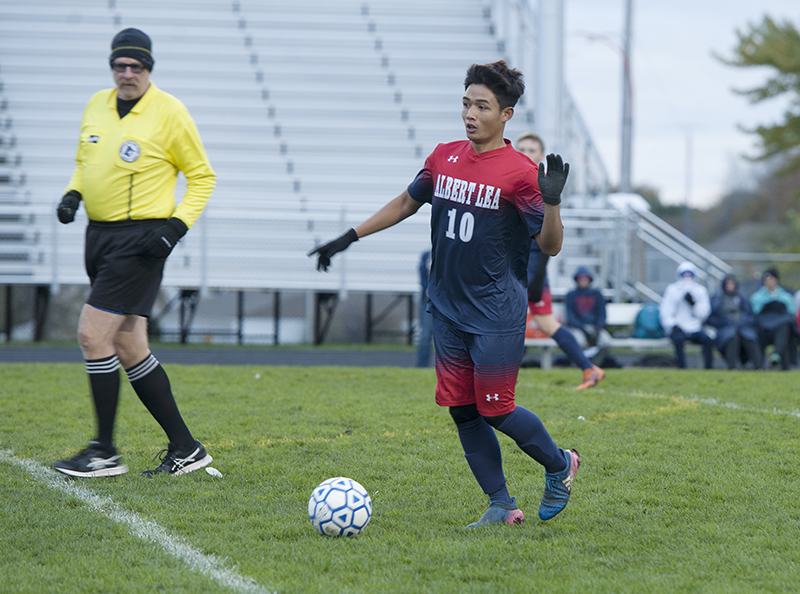 Undeterred by the near goals, the Tigers followed with an aggressive offensive attack that led to a few shots on goal of their own. With 15 minutes remaining in the half, sophomore Dante Lopez sent the ball over the net for a miss, but it was the confidence boost the Tigers needed, as they scored the first goal of the game a few minutes later.

The goal came on a penalty kick that was taken by junior Lei Htoo, which was then headed in by senior Zach Slegh.

Senior Jayden Emerson had a big first half, saving a number of shot attempts by the Scarlets and allowing the Tigers to take a 1-0 lead into the break.

Emerson came out to a strong second half as well, making a great save in the third minute of play. The Scarlets had a big opportunity eight minutes into the half, but a mishit ball sent a sure goal sailing just outside the mark.

Albert Lea capitalized on the mistake by scoring its second goal with just under 25 minutes remaining in the match. Sophomore Erick Palomo sent a penalty kick into the box, where it was then kicked into the goal by junior Cole Indrelie.

With a 2-0 lead, the Tigers went into defensive mode trying to keep the Scarlets out of any good scoring positions. The Scarlets did break the front a few times, but weren’t able to fire any promising shots at the net.

The Tigers climb to 7-8 on the season and will play again at 11 a.m. Saturday when they travel to St. Peter for their quarterfinal matchup against the Saints. 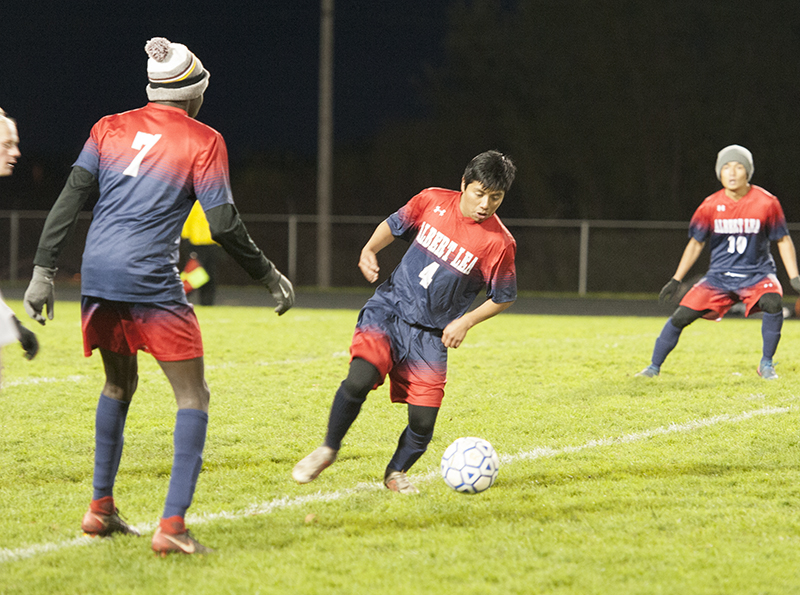