Tigers wrap up the season with awards banquet 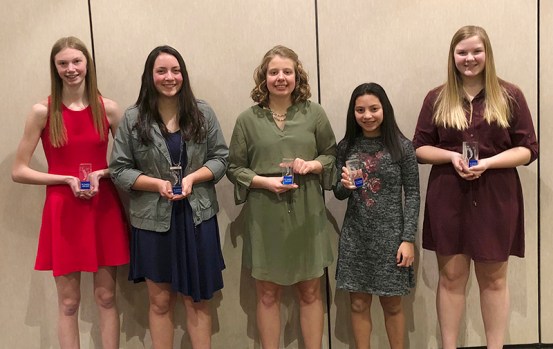 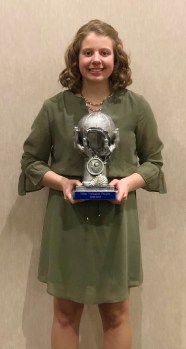 Albert Lea junior Samantha Skarstad received the team MVP and Offensive Player of the Year awards on top of being named to the Big Nine All-Conference team. - Provided 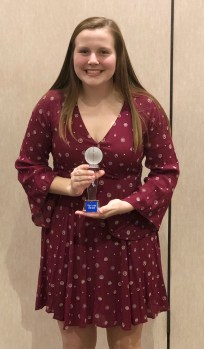 Junior Ashley Butt won the Tiger Award for her play in the 2018-19 season. - Provided 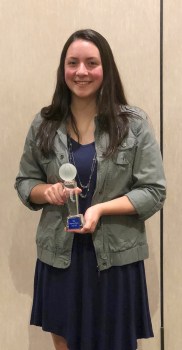 The Albert Lea girls’ basketball program recently had its postseason banquet, where a number of players were awarded with honors from the team and the Big Nine Conference.

The Tigers ended the season with a record of 4-21 with two wins over Rochester Century, one over North St. Paul and one win over Winona.

Head coach Jason Thompson said the team didn’t make any win/loss goals to start the season, rather he wanted the season to be about establishing a solid base for the program and having each player improve every time they stepped on the court.

“I think the season was very much a success,” Thompson said. “We played very well at times and were able to compete with every team we played. The goal was to establish a process for the program from youth to high school and we are well on our way for that.”

Thompson said the best part of the season was watching the player’s confidence grow from game to game. Seeing them realize that if they can play the way they are capable, they can compete with any team they meet up against was a highlight of the season, according to Thompson.

The team will only graduate one senior, Megan Johnson, who sat out most of the season due to an injury. The prospect of having all of this season’s role players return has Thompson excited for the future of the program.

“The program really made strides this season,” Thompson said. “The future had tremendous potential. The youth and athleticism we have eighth through 12th grade is fantastic. The key to future success will be how much work the players put in during the offseason and commit to our offseason program.”