A first for Albert Lea 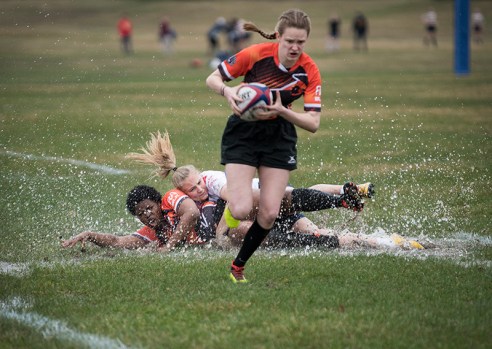 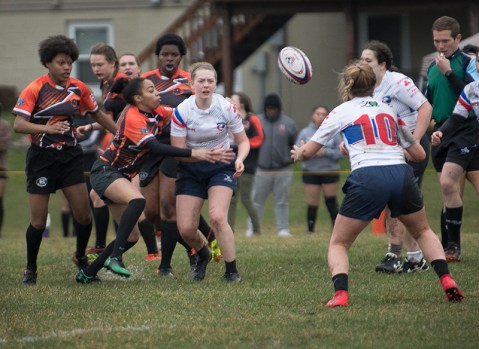 Kat Uthke of the Freeborn Eagles attempts to pass to a teammate during Wednesday's game. - Colleen Harrison/Albert Lea Tribune 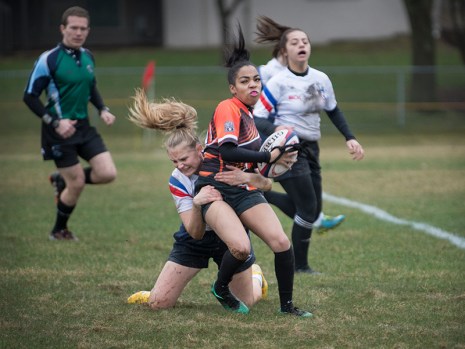 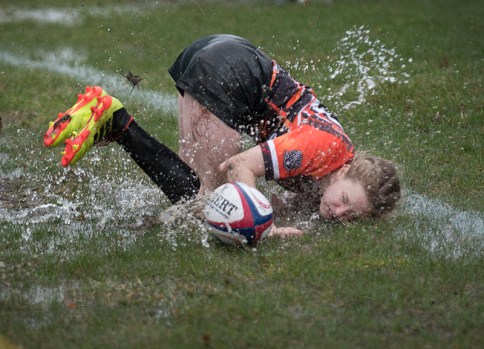 An Osseo Orioles player slides across the grass Wednesday after being tackled by a Freeborn Eagles player. - Colleen Harrison/Albert Lea Tribune 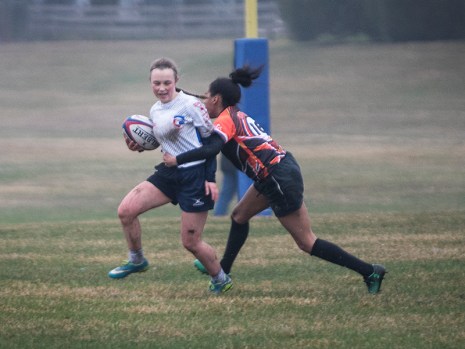 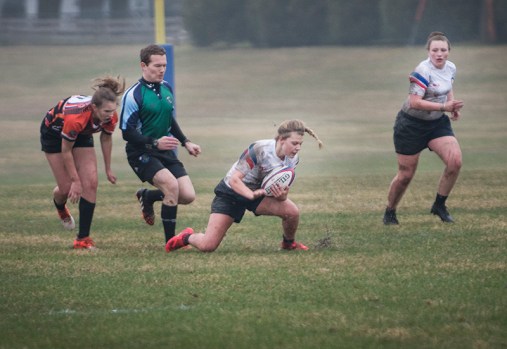 In its inaugural season, the Freeborn Eagles Girls’ Rugby Club has seen its participation numbers shoot up after the first practice.

Two and a half years ago, when her son, Gabriel, was 8 months old, Willaby received a phone call that would change her life.

Brittany Eriksmoen, the team’s head coach, had family play the game in the past and wanted to bring the experience to the youth in Albert Lea.

“We just wanted to be able to give the opportunity to the girls in town and in the area,” Eriksmoen said. “We saw how it had positively impacted so many lives and wanted to bring that to the Albert Lea girls. We didn’t know if there would be much interest to start a team, so there was a lot of hesitation for the first couple years while we started the boys’ team. But once we got started, the interest went up pretty quick.”

At the first practice this spring, Eriksmoen said there were nine girls who showed up. By the second practice, that number had nearly doubled.

Mia Fjelsta joined after seeing posts about the team on social media and hearing about it from members of the boys’ rugby team.

“I joined because I thought it would be a super fun way to improve my aggressiveness, and my friends were also doing it,” Fjelsta said.

So far, she said the hardest part has been figuring out the communication needed for the game. However, her favorite part has been the physicality of the game, especially the tackling.

Leading up to the beginning of the season, Eriksmoen said it was difficult to work out where the team would be able to practice and play, as well as making sure they weren’t conflicting with any of the other spring sports.

Eriksmoen said she was also concerned with the level of support the team would get from parents and community members, but so far the amount of backing has been encouraging.

“I was concerned about the level of parent interest — would they even want their daughters to play?” Eriksmoen said. “But it’s been incredible. We’ve had an incredible amount of support all around, especially from parents and the other coaching staff. We’ve got a great coaching staff and I just couldn’t be more happy with the support.”

Eriksmoen also mentioned the amount of sponsors that have stepped up to support the team has been fantastic.

Despite the hard work it took to get the team off the ground, Eriksmoen said it was all worth it when they got to play their first game.

“The best part has 100% been the confidence level and the smiles on the girls’ faces,” Ericksmoen said. “When we announce practice is over, they’re not ready to leave and that’s incredible. It makes you want to continue to be a part of it.”

Assisted by Tia Taylor, Heather Nielsen and Joe Berg, the team saw its first action Wednesday night, hosting Osseo and Rochester. Against Osseo, the defending state runner-up the past two years, Freeborn fell 27-0. However, it came back in the second game to beat Rochester 21-0. Taylor Stanek scored 11 points, and Kat Uthke and Fjelsta each scored five in the win over Rochester.

“They took a tough loss in their first match, but they came back in that second one and blew them out,” Eriksmoen said. “Them getting to experience their first game and watching them play was so fun. I think if we can continue to improve, I see these girls competing for a title this year and next year.”

The girls will host one more night of games this season when they host Osseo and Faribault May 15 at Southwest Middle School.