Panthers prove too much for the Tigers 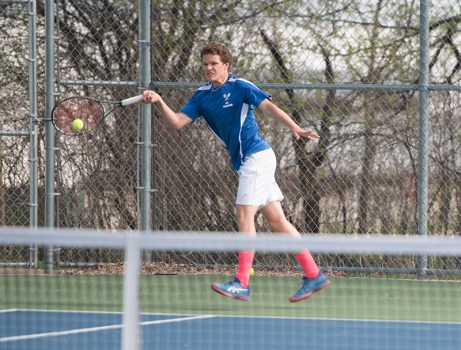 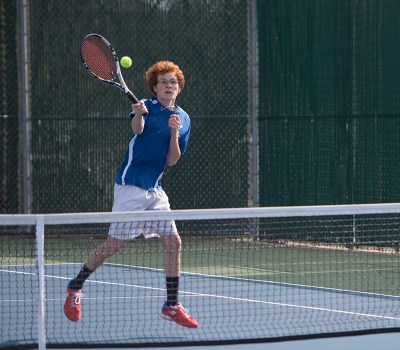 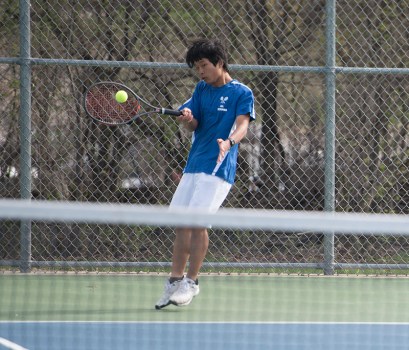 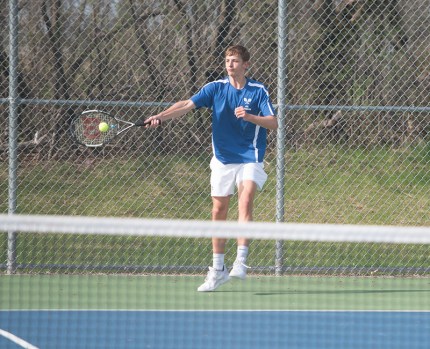 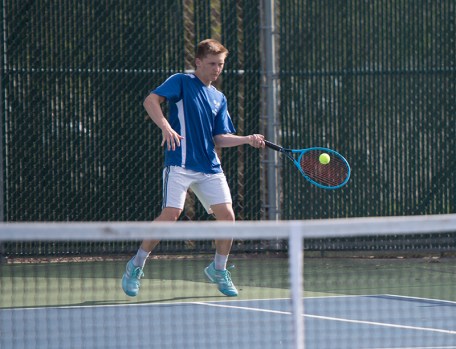 Junior Cole Indrelie focuses on his next shot in his No. 2 doubles match Friday night. - Tyler Julson/Albert Lea Tribune

The Tigers struggled to find the open spots on the court as the Panthers cruised to a 7-0 win.

In the No. 1 singles slot, senior Grant Herfindahl squared off with Alec Sargent and despite winning a few sets, lost the match 2-6, 1-6. Eighth grader Joseph Yoon fell to Hunter Thomert 1-6, 0-6 on No. 2 singles and junior Ashler Benda lost to Jared Nathan 0-6, 0-6 in his No. 3 singles match.

Junior Connor Veldman put up the best fight in terms of singles matches Friday night. After falling in his first set 1-6 to Probbav Kaginde, Veldman made a significant improvement in the second set, but ultimately fell 4-6.

Senior Matt Edwards and junior Cole Indrelie had the closest doubles match of the day. Losing 3-6 in their first set to Arhan Mehta and Vikas Prasad in the No. 2 slot, the duo fought back from a 1-5 deficit, however, still lost the set 4-6.

Senior Tim Kruen and sophomore Caleb Hansen were the final pairing at No. 3 singles and came up short in their efforts, falling to Hoeseung Jeon and Michael Schoenbeck 3-6, 1-6.

After a dominating 7-0 win over Faribault on Thursday, Albert Lea takes a tough loss at the hands of Rochester Century.

The Tigers will be back in action Monday when they host the Cardinals of Fairmont.