From hatch to catch 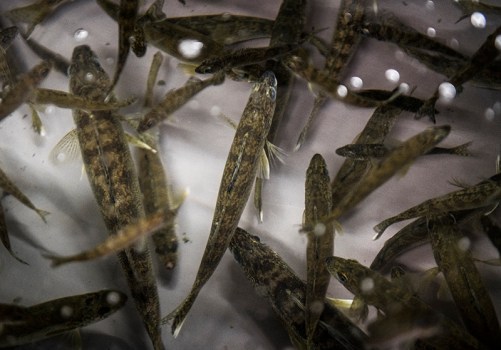 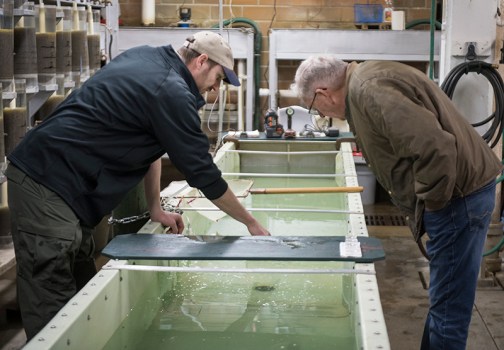 The Waterville hatchery had an open house Thursday in conjunction with the 2019 Governor’s Fishing Opener. - Colleen Harrison/Albert Lea Tribune 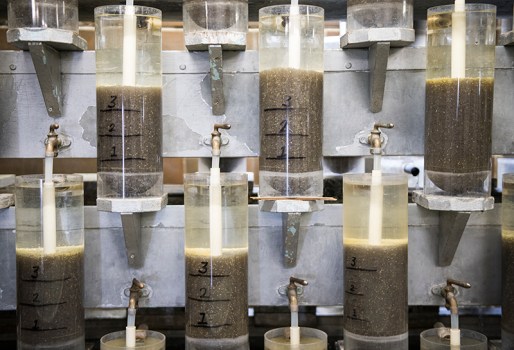 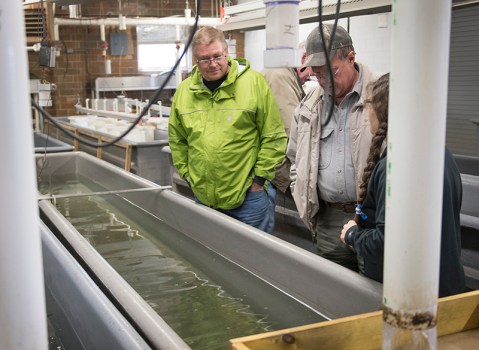 The Waterville hatchery had an open house Thursday in conjunction with the 2019 Governor's Fishing Opener. - Colleen Harrison/Albert Lea Tribune 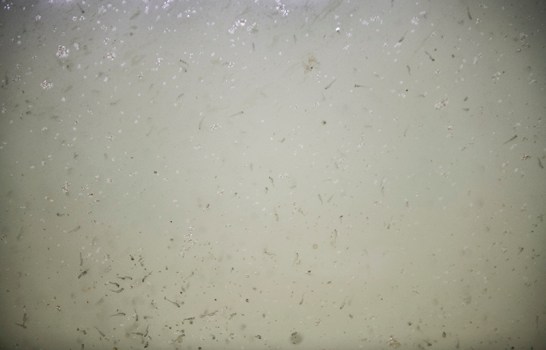 According to Soupir, the hatchery is responsible for incubating and raising all the walleye for the southern part of the state — over 20 counties. - Colleen Harrison/Albert Lea Tribune

Hatchery open house shows behind the scenes of stocking

WATERVILLE — Between the jars of olive green eggs behind him and the miniscule fry, translucent squiggles with two black dots for eyes, squirming through the water in front of him, the Waterville State Fish Hatchery lead was surrounded by millions of walleye.

Compared to the fish, there were far fewer people at Thursday’s open house, which the Waterville hatchery hosted ahead of the Governor’s Fishing Opener. The event was a chance for the public to see what the hatchery does to stock lakes in southern Minnesota.

“Anglers have been paying for this with their license dollars,” said Craig Soupir, area fisheries supervisor at the hatchery in Waterville. “This is what they’re buying.”

After the walleye eggs arrive at the hatchery, it will be roughly two weeks before they hatch, becoming fry. These fry are then stocked right away. Over the course of the hatchery’s stocking season, 40 million walleye fry are hatched.

According to Soupir, the hatchery is responsible for incubating and raising all the walleye for the southern part of the state — over 20 counties.

“A lot of the fish that go here are covering stockings for a big part of the state,” he said.

Walleye fingerlings are raised for six months and stocked out in October, Scholten said. The fishery stocks fry in the grouping of ponds ahead of the facility, then fertilizes the ponds to allow zooplankton production and does some feeding with minnows.

Half of the walleye to be stocked in Albert Lea are already able to call its waters home, Soupir said. The other half will be stocked this week.

Additionally, children participating in the fishing event Friday will have the chance to help stock some walleye, including some fingerlings. These are typically not stocked in the spring, but will be included for the event.

All of the northern pike from the Waterville fish hatchery intended for the Shell Rock River Watershed were stocked earlier this spring, Soupir said.

The hatchery also conducts surveys every three years to monitor stocking efforts, Soupir said. Last year, both Albert Lea and Fountain lakes were surveyed. Fountain Lake was in sequence but Albert Lea was surveyed off-sequence so the hatchery could have the most current information for the opener.

Department of Natural Resources assistant area supervisor Brandon Eder said the Waterville hatchery stocks 120 lakes from its facility, mostly with either walleye or northern. Between its different species, the hatchery will stock all summer, Scholten said. Soupir said the hatchery does intensive production for nine months of the year — and is the only facility in the state to do so.

The Waterville State Fish Hatchery is the largest cool-water facility in the state. Soupir said about a third of the state’s muskie eggs and close to the same percent of its large muskie fingerlings are raised in Waterville.

“We raise a high percentage of that program’s fish,” he said.

Stocking efforts are particularly important in southern Minnesota — more so than some other areas of the state — due to its shallow lakes. With shallower lakes, winterkill — loss of fish due to lack of oxygen in a water body — can wipe out a fish population, Soupir said.

“That’s where it’s imperative to have a hatchery that comes along that can stock those fish,” he said.

Additionally, species like northern pike and walleye do not have the habitat necessary for its reproduction in southern lakes.

“Obviously, we have to help nature out,” he said.

While panfish are more suited to take care of themselves in southern waters, the species that cannot naturally reproduce on their own are stoked yearly.