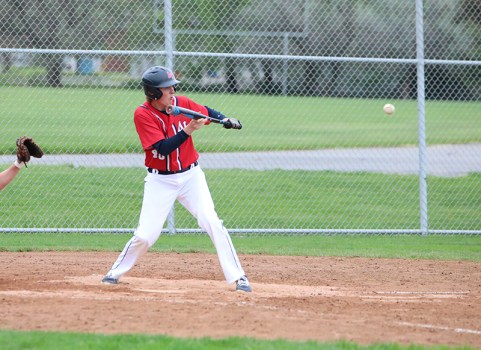 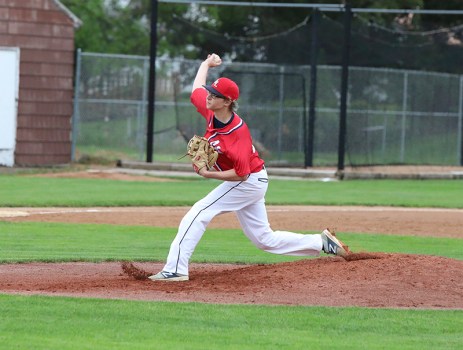 Albert Lea senior Brock Hammer pitched a complete game Tuesday in the second round of the Section 1AAA tournament. Hammer allowed just one run in seven innings on three hits and three walks, while striking out five. - Provided 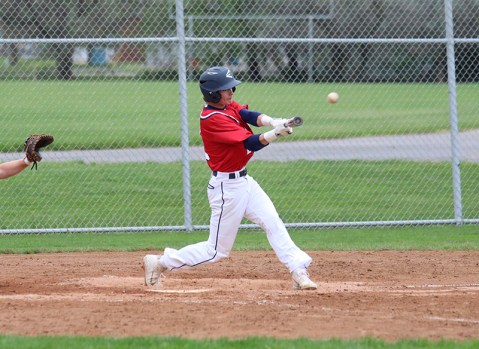 Albert Lea senior Carson Goodell smashes a double in the seventh inning of Tuesday night's game against Winona. Goodell's double scored the Tigers' only two runs of the game in the 2-1 Section 1AAA tournament win. - Provided

The Albert Lea baseball team continued to stay hot in the postseason Tuesday night, taking down two-seed Winona in a seventh inning thriller, 2-1.

After heading into the final inning scoreless, the Tigers pushed runs across when it mattered when senior Carson Goodell hit a fence-shaking double to give the Tigers the late lead.

Senior Brock Hammer started on the mound for Albert Lea and pitched the entire game. Through five innings, Hammer had allowed zero runs until Winona finally got on the scoreboard in the sixth.

After getting out of the inning, the Tigers found themselves down one run with just three outs to make it up. Senior Dalton Larson led the inning off with a single, followed by another single from sophomore Jack Jellinger; junior Caden Gardner came in to run for Jellinger.

Senior Drake Dawson then moved the runners to second and third base with a perfectly laid sacrifice bunt. Goodell stepped up to the plate next and gave the Tigers the boost of momentum they needed, with a deep double that rattled the fence and brought both Gardner and Larson in to score. The inning ended on a play at the plate two batters later, but the Tigers now had a one-run lead heading into the final half inning.

Despite giving up a run in the previous inning, Hammer returned in the seventh with composure to end the game with three outs after giving up one walk. Hammer pitched all seven innings, allowing one run on three hits and three walks, while striking out five.

“This game will be one that the boys talk about forever,” said head coach Sean Gaston. “Such an amazing game. It has been an absolute joy to watch these boys trust each other, pick up each other and play for each other.

“Cannot say enough about the effort put in by Brock Hammer. He has been our stopper all year out of the pen and he stepped up big time here. As for our offense, we finally found a way to break through against a really good pitching staff. I cannot say enough about the last inning. Larson, Jellinger and Dawson set the table and Carson Goodell made a memory that will last forever with the clutch double.”

The Tigers move on to the third round of the section tournament, where they will meet Austin at 11 a.m. Saturday morning. The Tigers and Packers split their regular season meetings, going 1-1 in head-to-head matches.